The pandemic that we are currently facing has introduced much uncertainty and revealed how many things are out of our control. How can we best live our lives in times like this, when we have limited mobility and access to the outside world?

In this episode of The Ikigai Podcast, join Nick and his guest Gregg Krech as they discuss how people can cope in this time of uncertainty with the help of Japanese psychology. 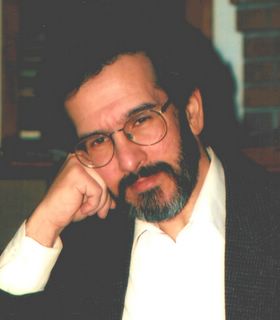 Gregg Krech is an award-winning author of books such as Naikan: Gratitude, Grace, and the Japanese Art of Self-Reflection, The Art of Taking Action - Lessons from Japanese Psychology, and Tunnelling your Sunlight - 21 Maxims of Living Wisdom from Buddhism and Japanese Psychology to Cope with Difficult Times. He and his wife were the founders of Todo Institute (Eastern Way), a nonprofit center in Vermont that uses Japanese psychology as an alternative to traditional Western approaches to psychology. Over the past 30 years, Gregg has introduced Japanese psychology to more than 10,000 people through his workshops and online courses.

Gregg's Poem: Beyond the Veil of Disappointment

Course: The Japanese Art of Self-Reflection

Nick and Gregg talk about the global Covid pandemic, and Nick shares a timely quote from one of Gregg’s books: "Whenever we're facing a challenging situation, one of the wisest things we can do is take a few minutes to distinguish between what's controllable and what isn't controllable." 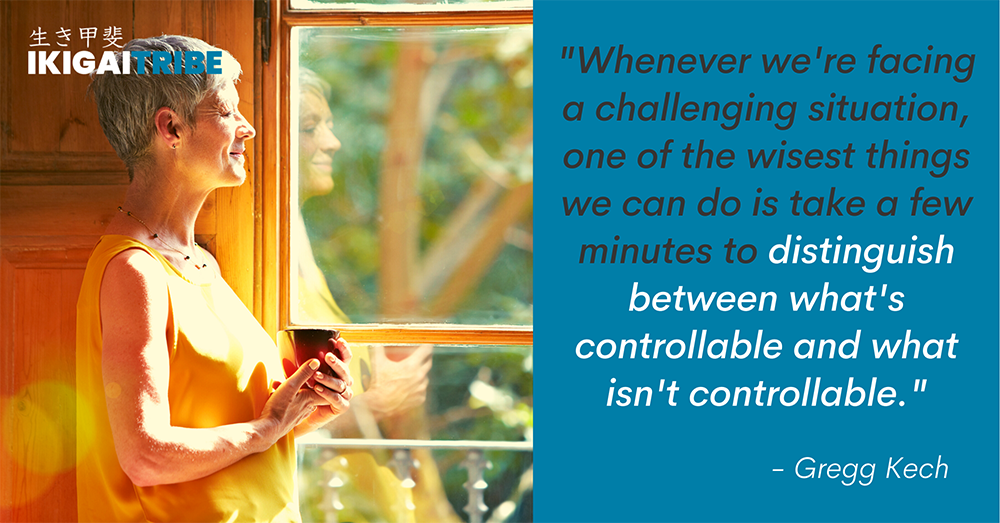 Gregg sees the pandemic as a rare situation that people have limited control over, and the least that they can do is to adhere to safety measures. But he thinks that even in normal situations, people don’t have much control over the events that happen in their lives -- though they are able to adjust how they handle those circumstances. Gregg feels that the pandemic, during which many people are in isolation, provides an opportunity for self-reflection, for identifying the things that they value most, and for getting in touch with important people in their lives.

Gregg explains that naikan is a method of self-reflection: It’s a process of spending 16 hours a day facing a wall and just reflecting quietly on how one lives one's own life and the meaningful relationships that one has with one's life, through the years. He remembers undergoing it for two weeks in a naikan center in Japan and describes it as the most profound experience in his life; it led him to discover his ikigai: the work he does now.

According to Gregg, naikan is a very structured methodology. When he looked into the general theme of self-reflection, he found that it was encouraged by almost every spiritual and religious tradition but that these provided no actual methodology. Naikan, however, comprises three questions:

Gregg shares that it is a simple framework that even works well with children as young as five years old.

The importance of gratitude

In connection with the topic of the pandemic, Gregg shares the idea of gratitude from David Steindl-Rast, a Benedictine monk, who says that people can’t be thankful for everything, but, at any moment, can find something to be thankful for. He thinks of it as a wonderful response to the situation that people are in at the moment; they can’t be grateful for people getting sick and suffering from illness, but, instead, they can be thankful for all the medical health workers and officials working and making great sacrifices to prevent the spread of the virus. To express this, he wrote the poem “Beyond the Veil of Disappointment”, which explores how there are other happenings that people can appreciate and be thankful for amidst challenge.

"Feelings are sensations, and the ability to tolerate sensations we'd rather not have is supremely important. Without such tolerance, our lives remain needlessly vulnerable to our wild and fickle feelings, and our plans get needlessly derailed."

Feelings are sensations and the ability to tolerate sensations we'd rather not have is supremely important. Without such tolerance, our lives remain needlessly vulnerable to our wild and fickle feelings, and our plans get needlessly derailed. - Gregg Krech 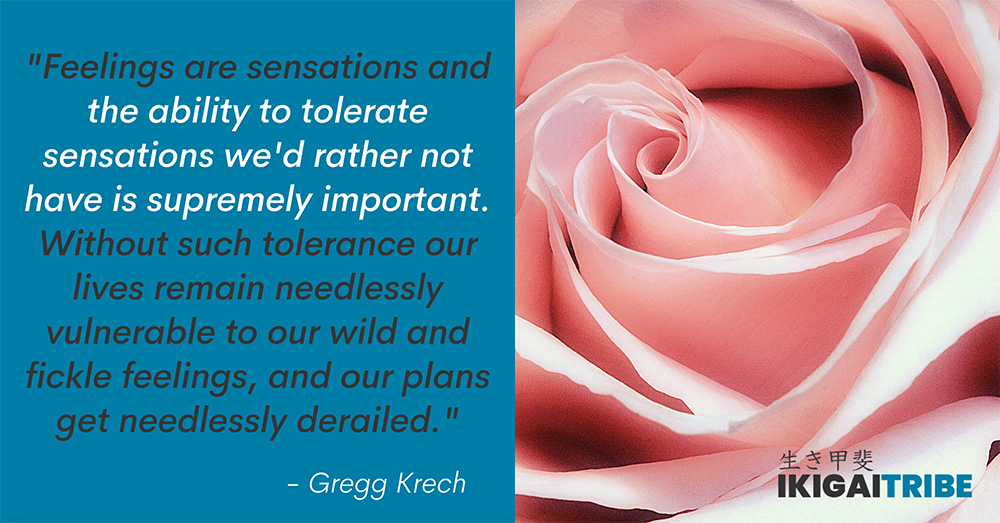 Gregg thinks that one of the distinctive features of Japanese psychology, particularly Morita therapy, is the idea that feelings are uncontrollable, which for him is a more realistic perspective than that of the Western’s approach; it teaches people to accept their emotions, and that it is possible coexist with their unpleasant feelings, rather than trying to get rid of them.

He recalls an event where he was asked to play the piano in front of an audience; the thought of playing on stage in public terrified him and made him anxious, but he knew that there was nothing he could do with his anxiety but accept it. When he started playing, he had no confidence and was uneasy; even so, he was able to perform and coexist with his anxiety. This is what they try to teach people in Morita therapy: Instead of giving up, accept and live with the negative emotions you are undergoing.

One of the terms Gregg mentioned is “inaction demons”, the resistance of people to do certain things, often instead pursuing tasks that are more convenient or less confusing or unpleasant. By avoiding the important things that they should do, people develop a habit of essentially being led by their feelings rather than by what is actually needed in a given situation. Gregg believes that accomplishing tasks that need to be done, instead of avoiding them, makes people’s lives better, successful, and less problematic.

This idea reminds Nick of what previous podcast guest Ken Mogi said about proactiveness: by doing small chores, and approaching them with proactiveness, people are more likely to experience ikigai in their daily lives.

Seeing the crooked tree as straight

“Seeing the crooked tree as straight” was mentioned in Gregg’s course on tricycle.org. Gregg shares that he derived it from a story about a Zen monk named Ikkyu. Ikkyu was traveling through a province from Japan, and the governor of the province put up a sign in front of a large crooked tree saying that anybody who can see the tree as straight will win a prize. All the other people were trying to figure out how they could see the tree as straight, but when Ikkyu saw the tree, he went right away to the governor’s mansion stating that he came for the prize because he had the answer for the riddle: He saw the crooked tree as crooked, or, in other words, accepted its crookedness as part of its nature, rather than trying to fix it.

Gregg explains, in terms of human relationships, that everybody is crooked in the sense that people have their flaws, problems, and limitations. Sometimes people tend to question how others live their lives; they see other people as crooked and try to straighten them out by telling them what they need to do, as an attempt to rescue them from their suffering. But what Gregg thinks is that if people could just stop fixing others and just accept them, there would be more space for love for everyone.

When people try to change another person, that is an act of aggression, so instead of looking at other people and trying to fix them, Gregg thinks that it is better to focus on themselves instead.

Gregg thinks that the pandemic is not an easy state, and people are trying to figure out how to transition to the new situation because there is no certainty on what’s going to happen next. He shares that he has stopped planning for the future and instead focuses on his daily life, just taking things one day at a time. He suggests that people try to accept that they can’t control all the news that they are receiving about what’s happening globally with the pandemic, and instead focus on their life in the present moment, sticking with the reality of what they know they can experience within. Then, they can try to find little moments of joy or opportunities for thankfulness for things that are interesting and beautiful.

Stick with the reality of what you know and what you can experience within. Then see if you can find little moments of joy or opportunities for thankfulness for things that are interesting and beautiful. 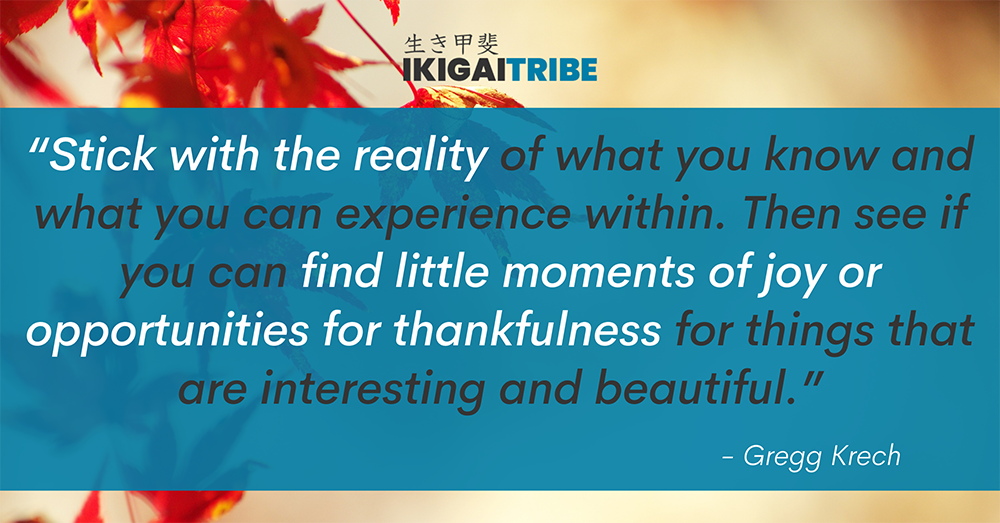 Situations like the pandemic are new for everyone, causing drastic changes to many aspects of our daily lives and requiring us to find new coping mechanisms. When we lose control in situations like this, we can feel frustrated -- or, we can accept the uncertainty and instead focus on how we live our daily lives. There might be a lot of happenings around us, but there will always be something that we can be grateful for. This pandemic is teaching us to appreciate the simple things in life and to cherish every moment we have with our loved ones.