Because ikigai is a term that Japanese people grew up with, they don’t have a framework to describe it. Most are confused by the Ikigai Venn Diagram, which is so popular in the West and does not necessarily represent the Japanese understanding of the term. But what does ikigai really mean to the Japanese?

In this episode of the Ikigai Podcast, Nick explores this question with Sachiaki Takamiya. 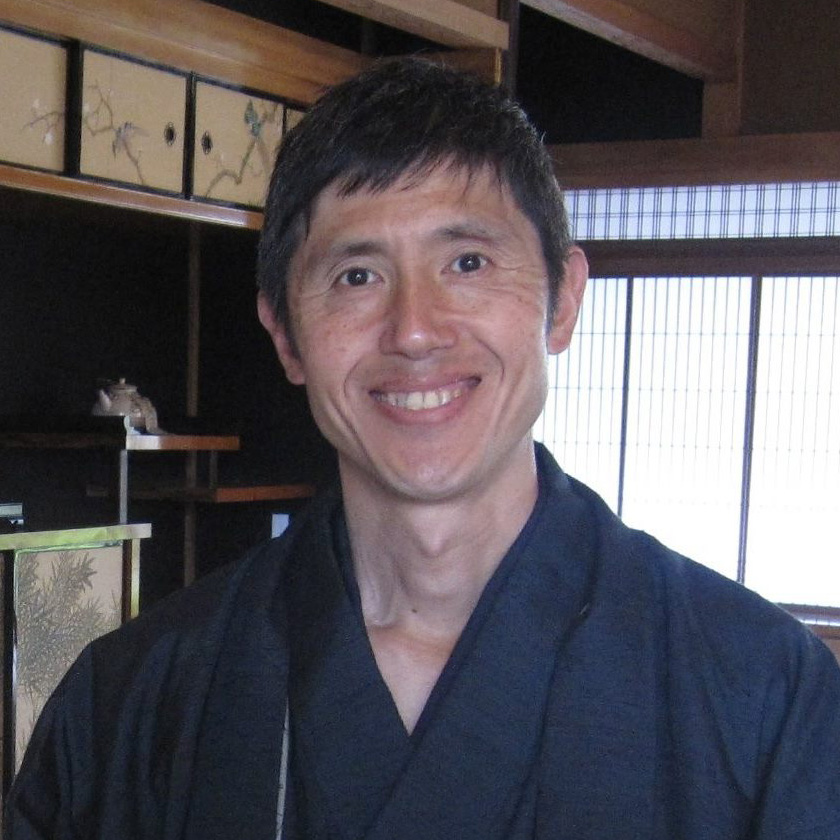 Sachiaki Takamiya is a sustainable life coach and an author, best known for his book Tenjo-no-Symphony, which is a spiritual novel. He’s written several books on the topic of ikigai: Zen and a Way of Sustainable Prosperity, Ikigai Business, and Ikigai Diet. He also has a YouTube channel and creates videos related to sustainability, healthy living, and ikigai.

Sachiaki’s works include Tenjo-no-Symphony and Hyakusho Revolution (farmers’ revolution), which he is most known for. He also has three books written in English: 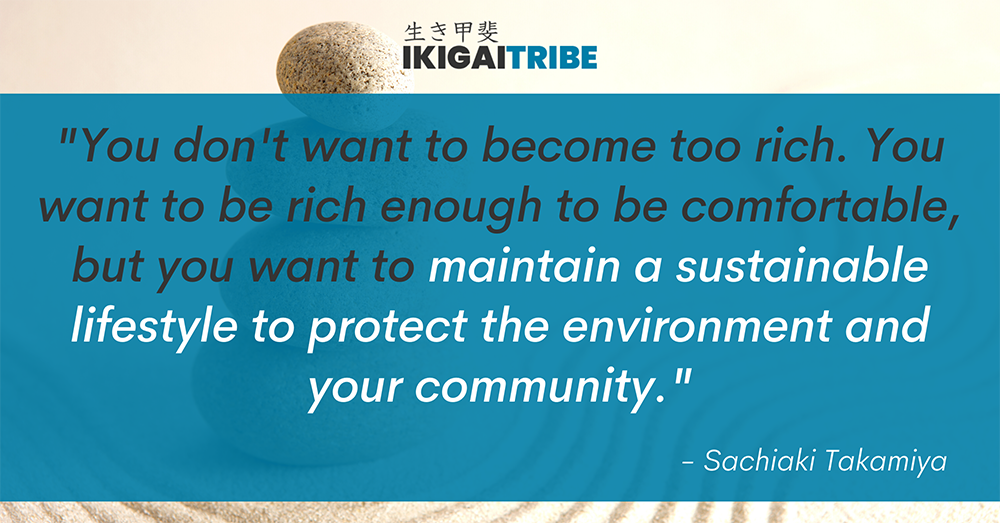 Sachiaki has a YouTube channel where he uploads videos about ikigai. Ikigai is important to Sachiaki, who lives by this concept. He was bewildered when he first saw the Venn diagram about ikigai because, for him, it doesn’t capture the Japanese understanding of the concept.

A lot of people have been sharing the concept of the ikigai framework, which consists of four questions: What do you love? What does the world need? What are you good at? What can you be paid for? Nick and Sachiaki discuss each question to further understand if it has something to do with ikigai.

Is ikigai something that people get paid for?

For Sachiaki, ikigai is not necessarily something that people get paid for; he possesses several ikigai which do not involve money, like a morning walk, or drinking coffee or beer. Ikigai can be the simple things that give people joy, and not just something they get paid for.

Is ikigai what the world needs?

According to Sachiaki, ikigai has two definitions: the value of life and the joy in life. Which you focus on determines whether it can accurately be described as something the world needs.

You may feel a lot of value in your life by contributing to society. It is possible that what the world needs from you is your ikigai, but it doesn't have to be. - Sachiaki Takamiya 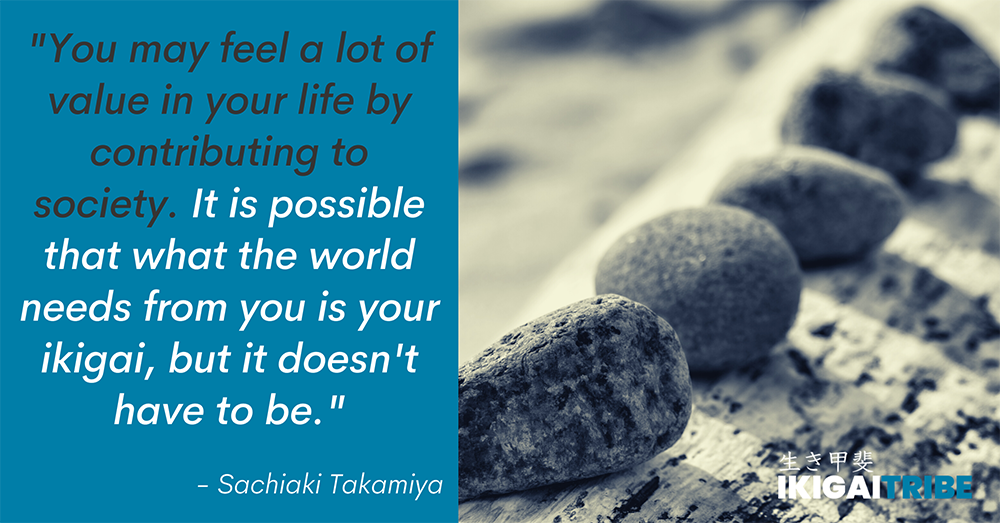 A real-life example of this is Sachiaki’s writing. This is one of his ikigai, and he feels that this is something the world needs and benefits from, while it is also something that gives him meaning and pleasure.

Is ikigai something that people need to be good at?

Going for a morning walk or having a cup of coffee or a cold beer is not something that people need to be good at, but still can be their ikigai. So for Sachiaki, it is not required that people’s ikigai is something that involves skill or talent. However, it is possible to find ikigai in something you are good at -- as with Sachiaki and his writing.

Is ikigai something that people love?

Sachiaki says that ikigai can be something that people love, like how he loves morning walks, coffee, beer, and writing. However, some people perceive ikigai as something that motivates them to live; people who are experiencing difficulties in life seek for ikigai to see light out in the darkness -- it is finding the meaning behind their struggles, which is not necessarily something enjoyable.

Nick remembers a documentary he watched about lonely death cleaners in Japan, where they clean up the apartments of people who passed away. The manager being interviewed mentioned being torn whenever he gets a phone call because, obviously, it’s good for business, but, at the same time, it means that someone died and the manager has to go through the unpleasant experience of cleaning the apartment. But the manager also felt like he was taking care of the final big problem of the person who died, and this gave him a sense of ikigai. Nick said this helped him understand ikigai as finding meaning in something, rather than doing something that you love. 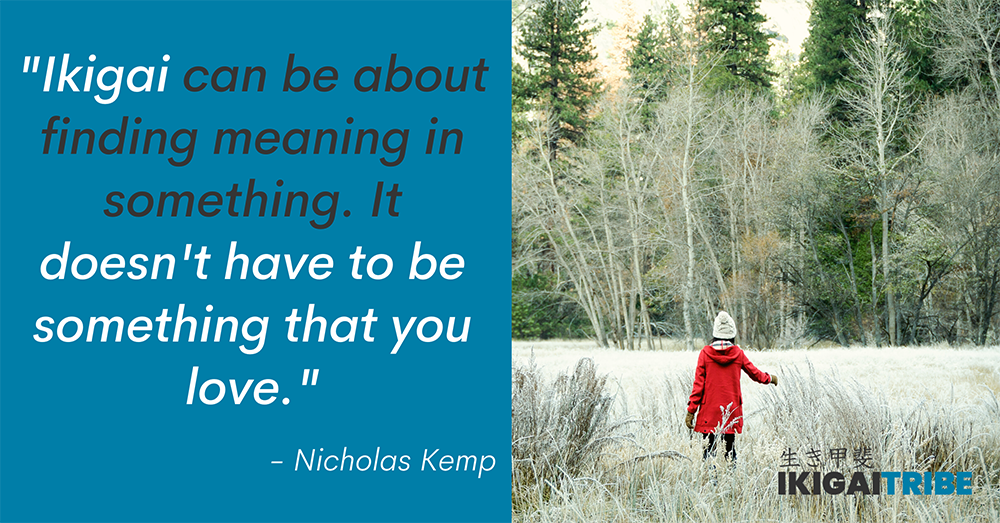 What is ikigai for the Japanese people?

Ikigai goes deeper than the Venn Diagram. As stated earlier, Sachiaki says that ikigai has two meanings: value in life and joy in everyday life. He shares that he did a lot of research about ikigai, and even searched for it in the dictionary, where he got the two definitions. However, most Japanese people have a very vague idea of ikigai and their answer varies depending on what stage they are in their lives; some find it hard to come up with an answer to what their ikigai is, but Sachiaki believes that the majority of Japanese people regard ikigai as something simple, like joy in everyday life; however, there are some who see it as something more serious and extensive:  a life purpose.

The majority of the Japanese people regard ikigai to be something simple, like joy in everyday life. - Sachiaki Takamiya 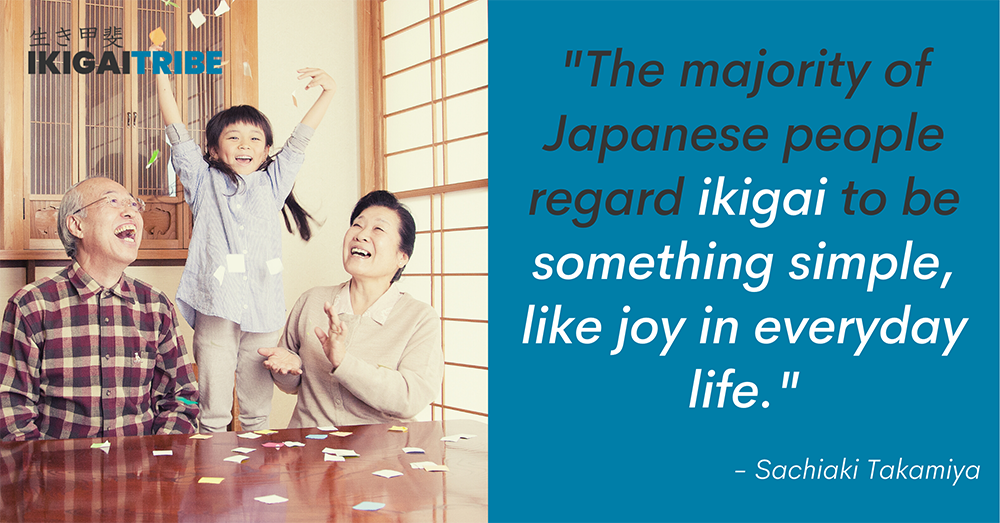 Effects of social media on ikigai

When asked if technology makes it harder for Japanese people to find ikigai, Sachiaki states that the answer can be yes and no. On the one hand, the internet opened a new possibility to many Japanese people; it gives them access to a lot of information and they are finding more unique ways to live. However, on the other hand, technology leads people to spend more time using their phones, and have less time in nature; because everything is about convenience, it is harder for people to appreciate things in life and find their ikigai through this process of challenge and exploration. 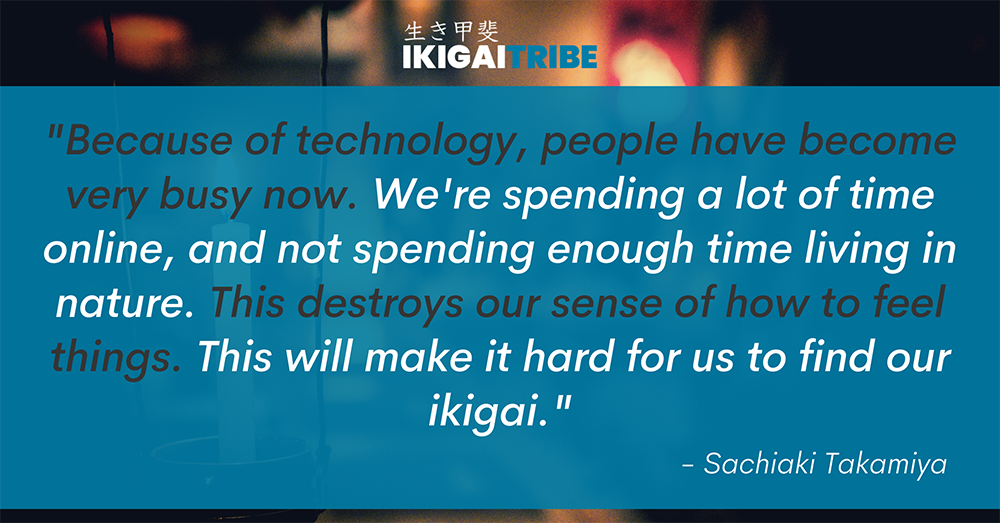 How can people find ikigai?

Sachiaki thinks that people who appreciate things, in general, tend to have more ikigai; having a positive outlook in life can help people develop a motivation to live. When asked what advice he can give for people who want to find ikigai, he says that it depends on what factors they want to find their ikigai; for people who want to be healthy, finding little joys in everyday life can help them lead a healthy life, and it would be helpful if they create a list of the things they like and enjoy doing. However, for people wanting to find more meaning in their life, he suggests that they should find the core of their life purpose. He believes that there are plenty of questions that people can ask themselves to find direction in their life -- questions like, ‘What do I want to achieve? How do I want to spend my time?’, that can give them more of an idea of who they really are and what their purpose is.

Before their discussion ends, Nick mentions sanpo yoshi, which he thinks of as an aspect of ikigai. Sanpo yoshi is a concept introduced in Saichaki’s book The Ikigai Business. Saichaki explains that sanpo yoshi (three-way satisfaction) is a philosophy by Omi merchants (Omi was the old neighborhood of Shiga prefecture) -- very successful merchants who built many corporations in Japan. They conducted a business that made the seller, buyer, and society happy all at once. So in his book, The Ikigai Business, Saichaki incorporated the sanpo yoshi philosophy to other fields such as happiness and health, and came up with three principles:

When people do something, it is important to consider if they satisfy all three principles. An example that Saichaki gave was going cycling with his son. When he does this, he feels happy, his son also enjoys himself, and it is environmentally friendly -- so, yes, all three goals are achieved.

The Ikigai Venn Diagram has led people in the West to think that ikigai is integrally linked with entrepreneurship, but it is definitely more than that. For the Japanese, ikigai has a deeper meaning other than something that people can make money from; they see it as a life meaning or purpose, something that gives them joy and satisfaction in life. A person can have various ikigai and it depends on what stage of life they are in.