How did ikigai become a global phenomenon?

Results of online searches for ‘ikigai’ inevitably include an Ikigai Venn Diagram showing ikigai as a concept related to entrepreneurship, suggesting that ikigai is something you should get paid for. Does this really reflect the concept of ikigai experienced by the Japanese?

To find out more about the origins of this visual, join Nick in this episode of the Ikigai Podcast, as he speaks with Marc Winn, the creator of the Ikigai Venn Diagram. 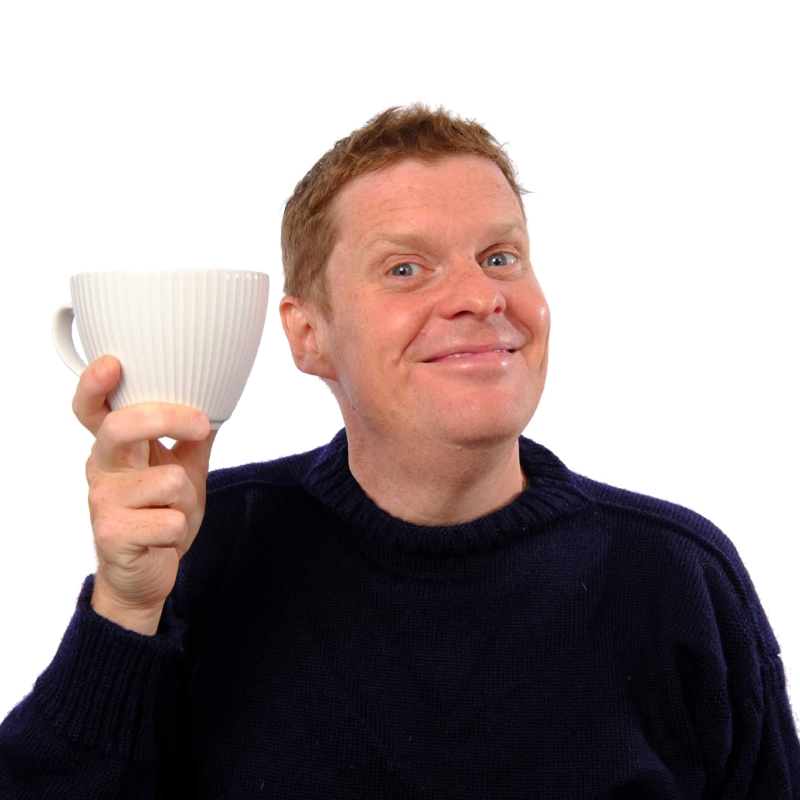 Marc Winn is a business coach, entrepreneur, and the creator of the ikigai Venn diagram. He is from the small island nation of Guernsey and is on a mission to make his community the best place to live on earth. He’s also the co-founder of the Dandelion Foundation, which seeks to use the small island nations as testbeds for solving many of the world’s toughest challenges.

In 2014, Marc wrote a blog post about ikigai and included an associated diagram that he refers to as the ikigai Venn diagram. Marc admits that he didn’t think about it too much; he just became interested in Dan Buettner’s Blue Zones, which reveals the secrets of the world’s happiest places, and Dan’s TED talk “How to live to be 100”, where the concept of ikigai was mentioned. This gave Marc the idea of combining the ideas expressed in Dan’s work with the Purpose Venn Diagram. He asked his cartoonist to remodel the Purpose Venn Diagram so that it included ikigai; his focus was more on the Western idea of purpose: people doing what they love, what they’re good at, and what they get paid for.

Marc shares that he was not deeply immersed in Japanese culture when he created his ikigai diagram; rather, he just used the visual as a means of better communicating his ideas so that he could keep his contacts up to date with his thinking. The success of the post was unexpected; so many people saw and shared it that it became a worldwide phenomenon. Marc says that it only took him 45 minutes to write the blog post, so it is surprising that it has had such a huge impact -- including even inspiring people to write books on the ideas it expresses. 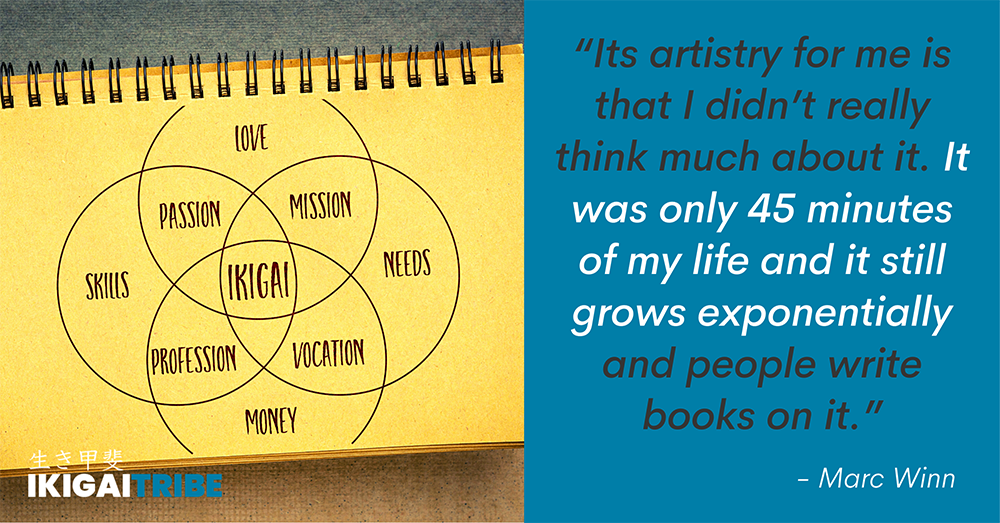 Marc reveals that so many people asked him about the diagram that he followed up with a subsequent blog post titled “Meme seeding,” in which he pointed out that his version of ikigai does not reflect the original Japanese thinking about the concept. The experience helped him realize how one image can change the course of people’s lives in all sorts of ways. He shares that he doesn’t think of the ikigai diagram as his own, since it joins up the ideas of two other people; rather, his contribution was having an epiphany, an insight at one particular moment in time, about how these concepts relate -- and then creating an image that helps others see that connection. 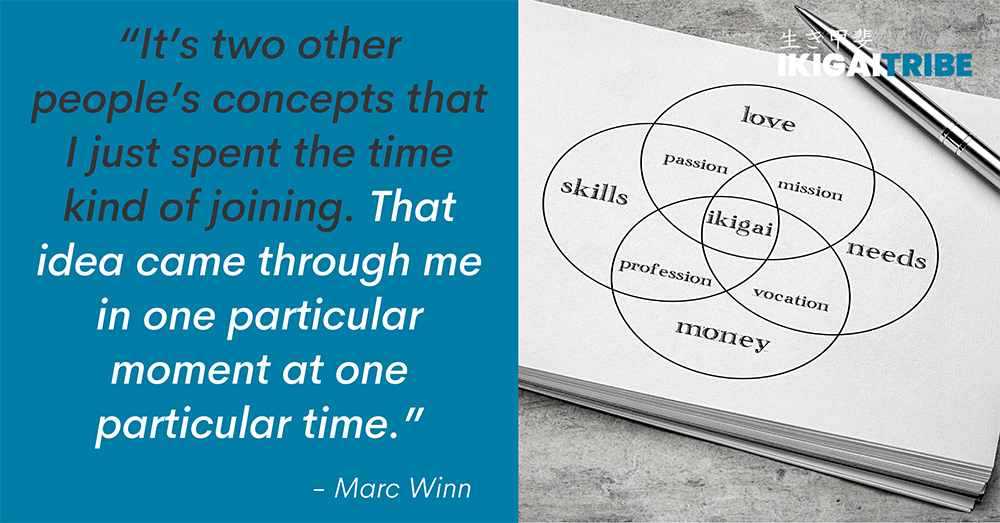 Marc feels that the great interest shown in the diagram reveals how compelling people find it to look within themselves to reflect on their path and think about how they can contribute to society. He considers the diagram as a piece of art conveying one of his interests: encouraging people to think about how they can make the biggest difference with the smallest effort.

For me, it's become an art piece because a lot of my work is around what's the least you can do to make the biggest difference. - Marc Winn 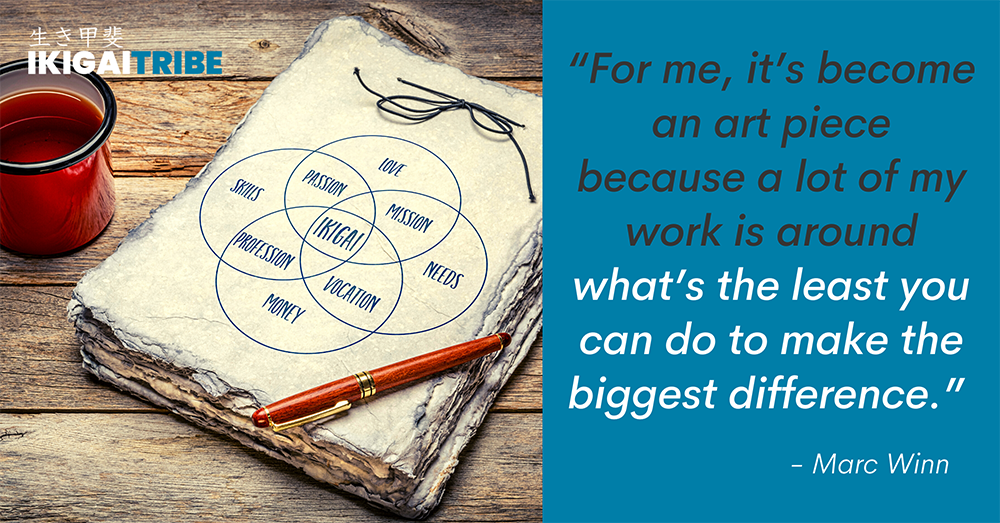 Mark shares that his ikigai is to spend each day in ease and joy with his family. He also co-founded the Dandelion Foundation, which is another source of his ikigai. His goal is to build a village that will change the world, and every day he is driven by the idea that he could help create a better village for kids to grow up in. He wants to be able to support others in his village so that his community can do the same with other communities.

Marc launched the project “to make Guernsey the best place to live on earth by 2020,” which he says is a meme intended to nudge Guernsey residents towards the belief and understanding that they live in a great place, and to encourage them to get involved in improving it. He suggests that if people are asked about what ‘the best place to live’ looks like, they should turn the query back to the questioner and ask, ‘What does it mean to you? How can you make that a reality?’ He shares that the meme has already had local effects and he believes that, years from now, these changes will also have a huge impact globally.

In his TED talk, Marc mentioned “prisons of our mind”, how people lock themselves in mental prisons and struggle to get out of them. He explains that in some ways, ease is great, but transmuting struggle into ease is where the magic of life occurs because, without difficulties, ease wouldn’t feel like ease.

In some ways, ease is great. But also, transmuting struggle into ease is where the of life occurs. We need to lighten the shade to understand the perspective. - Marc Winn 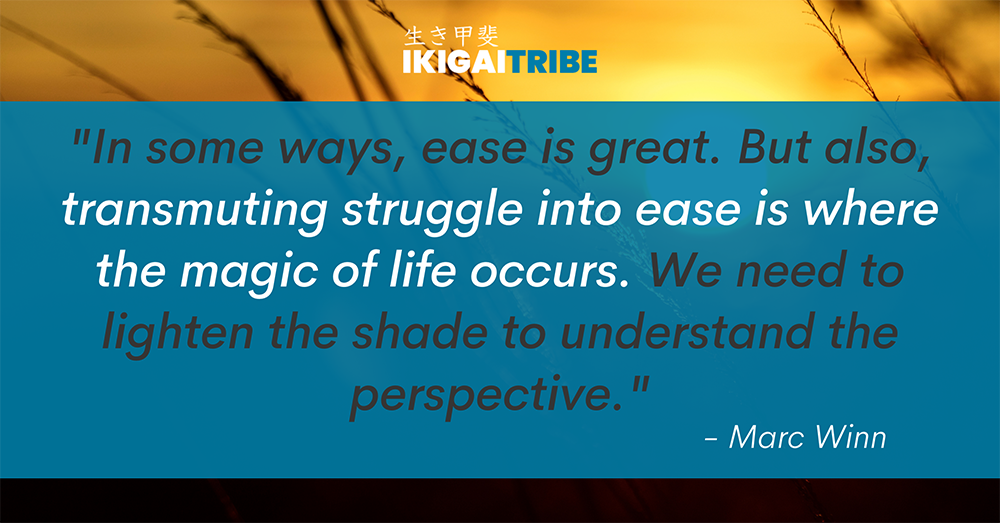 What does it take to make a huge impact? For Marc, it took him only 45 minutes to make something that greatly influenced the world; people got interested in ikigai and found a framework that helped them think about life purpose. The fascination with ikigai only goes to show that a lot of people are looking for ways to improve their lives. For many, the diagram is an introduction to the term ‘ikigai’, and a prompt to explore the concept further in order to understand the differences between how it is conveyed in the diagram and how it is lived by the Japanese in their daily lives.