Ikigai is gaining attention in the West, but only a few experts are exploring what it really is -- a concept with a deep meaning and benefits to our daily lives.

In this episode of the Ikigai Podcast, Nick speaks with Dr. Dean Fido about his study on the Ikigai-9 and how this can help in people’s physical and mental well-being. 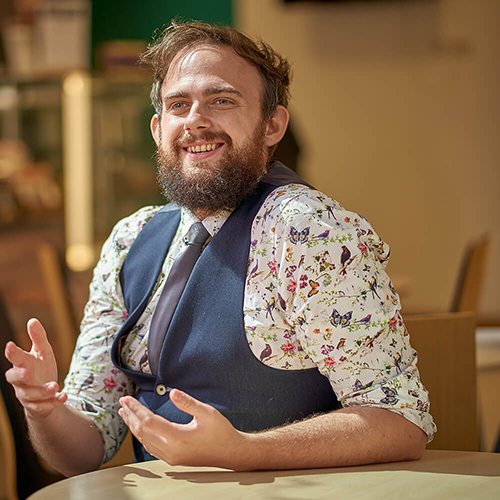 Dr. Dean Fido has a PhD in cognitive neuroscience and currently lectures in Criminal Psychology at the University of Derby, England.

Dean co-authored the research paper ‘English translation and validation of the ikigai-9 in a UK sample’ with Yasuhiro Kotera and Kenichi Asano. Dean shares that the concept of ikigai was introduced to him by Yasuhiro; they analyzed how a concept from Japan is perceived in the West, where there's a difference in the way of living.

Dean shares that Yasuhiro helped him understand what ikigai is, mostly by giving examples of what it is not -- that contrary to how the West defines it, it is not something that people get paid for, and it's not about money. 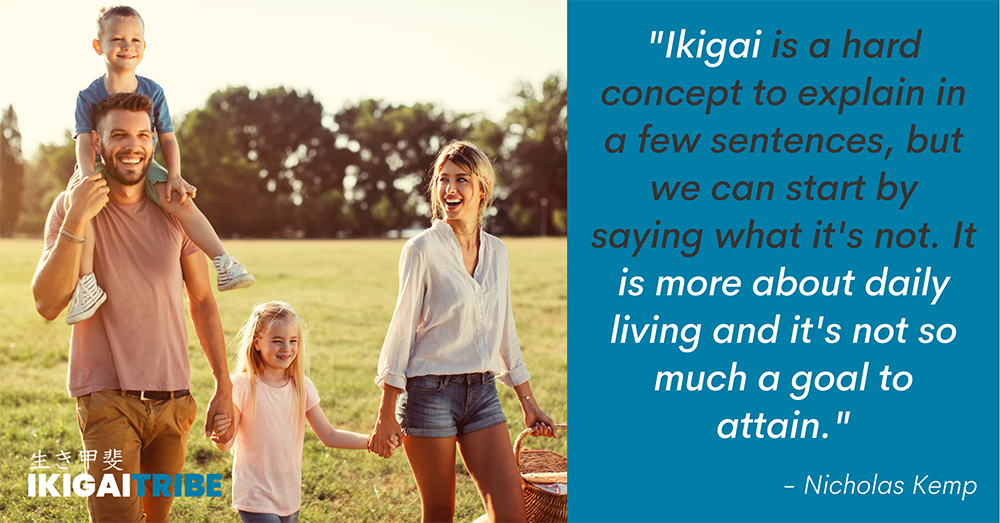 Nick thinks that it’s an interesting way of describing a complex concept like ikigai: It’s hard to explain it in a few sentences, but people can start by saying what it’s not -- it is more about daily living and not so much a goal to attain.

As a social scientist, Dean believes that it is important to try and objectify something first so that they could conduct tests on it; one of the problems they faced with their study was to choose a way to measure ikigai that would allow them to make direct comparisons with Japanese culture. To guide them in this, they conducted a literature review of past ikigai research; this is how they came to focus on the ikigai-9.

Ikigai-9 is a psychometric tool published and validated by Japanese researchers Tadanori Imai, Hisao Osada, and Yoshitsugu Nishimura. According to Dean, the majority of medical researchers in Japan associated ikigai with physical health conditions and physical health outcomes measured by the ikigai-9. He finds it rare that a personality trait directly relates to people’s behavior or health, and wanted to explore recreating this concept in the UK.

In his paper, ikigai is defined as the Japanese construct of having a purpose in life as means of protecting against suicide. With their study being the first Western paper on ikigai, Dean shares that they wanted to frame the outcome measures of mental well-being, stress, anxiety, and depression. They chose these measures because they were easy for Westerners to understand, which was important to them because they wanted the study to be  accessible to everyone; they published their research with the intention of introducing the concept of ikigai more widely to the West.

Ikigai-9 is used as a means of measuring ikigai across the dimensions of:

Dean shares that when they began the study, ikigai-9 was divided into subsections encapsulating the emotional and behavioral sides of ikigai. However, preliminary research found that Western audiences did not distinguish strongly between these two categories. This was the first clear difference between Western and Japanese datasets, though the authors could not test this statistically because of minor differences in the study protocols.

The ikigai-9 consists of nine items measuring one’s reason for being, phrased as statements with which people can agree or disagree; participants are asked to rate whether each statement applies to them on a five-point scale (1 = Does not apply to me, 5 = Applies to me a lot).

These are direct translations of the original Japanese version statements, presented according to the degree to which they strongly tap into ikigai; the first item as the best example of ikigai going down to the least relatable one.

Association of ikigai with stress and anxiety

In their study, Dean and his co-authors tried to make direct associations between ikigai and measures of general well-being, depression, anxiety, and stress; they assumed that if the feelings of ikigai were strong, there would be positive associations with good mental well-being. However, while higher ikigai-9 scores were related to greater well-being and less depression, there was no relationship to either stress or anxiety. Dean believes this is because people experience anxiety and stress regularly, whereas depression is a larger and more noticeable state -- not just negative thoughts, but also physical responses such as fatigue, appetite changes, and weakness.

Ikigai is not going to help with anxiety and stress. But if one develops or finds ikigai in his/her life, its positive psychological benefits will certainly help with depression. - Dr. Dean Fido 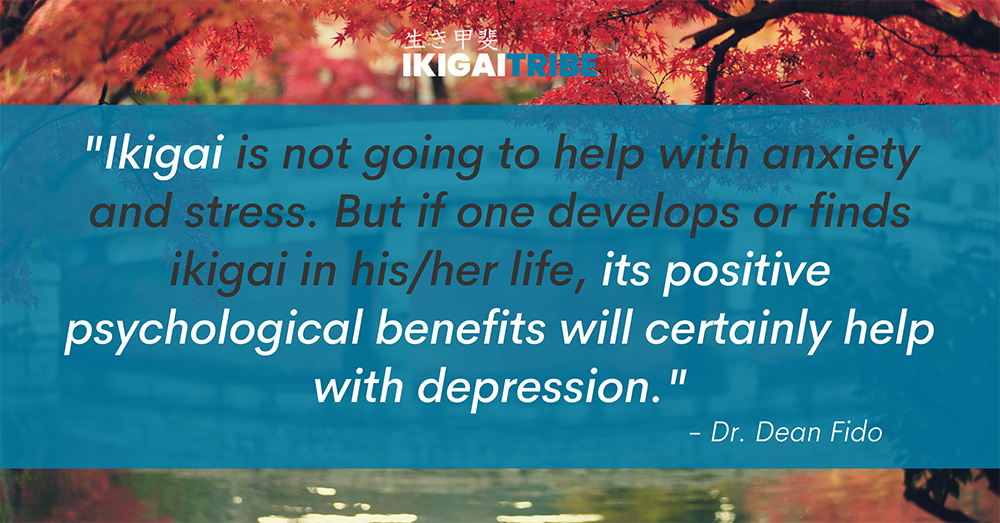 Nick believes that if people find ikigai in their life, its positive psychological benefits will certainly help with depression.

Dean shares that he is an advocate for social media, which he frequently uses. He recently published research about the ‘Offline Friendship Addiction Questionnaire’, or OFAQ. In this study, questions about social media addiction were replaced with the word ‘friends’, e.g. they questioned people if they talk to their friends daily, instead of asking if they use social media daily. Dean found that 69% of respondents were ‘addicted; to their friends. This wasn’t entirely surprising, since social media use is associated with wanting to connect with other people, especially during times like the pandemic, when social media provides a safe and accessible form of communication.

According to Dean, ikigai self-report levels in the UK were very similar to those reported in Japan, however, they are still collecting new data to directly compare because there's a 10-year difference between the two studies. He says that it is possible that ikigai is just underpinned by a generally positive personality, so they are going to implement two different interventions to explore potential reductions in depression, stress, and anxiety.

The first intervention is the ‘three good things’ intervention, where people are asked to write down three positive things in their life for two weeks. Previous research has shown that if people engage in this sort of activity, they internalize this positivity such that it can impact well-being and/or behavior. 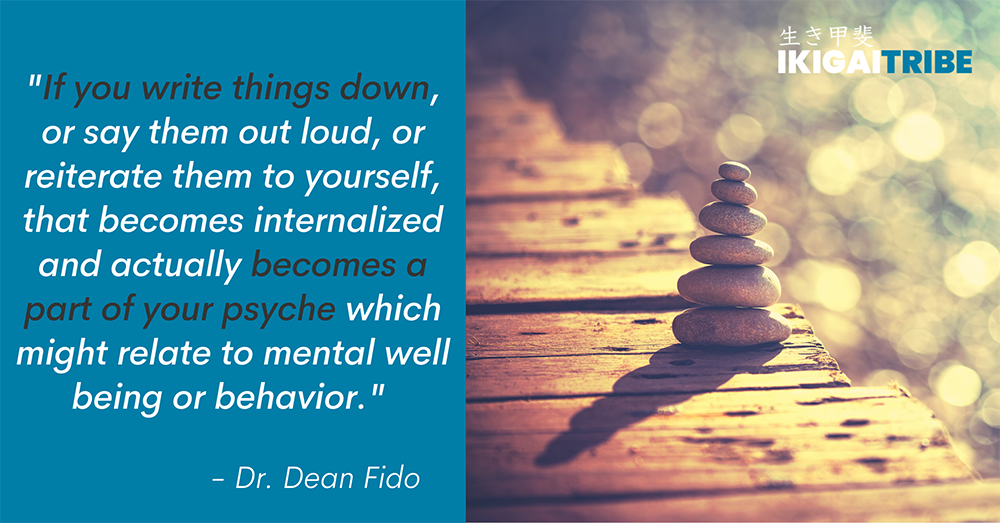 The second intervention is laughter psychology. Dean is working on this intervention with specialist Dr. Gulcan Garip, with whom he developed a program where laughter therapy is entwined with life meanings, life goals, and people reflecting on themselves.

The goal is to see which of these better facilitates the internalization of ikigai and a reduction of depression.

Dean shares their plan of conducting an ‘East-meets-West’ study arising from a new partnership with professionals in Turkey and Cyprus who were interested in this research and wanted to contribute to it. Turkey and Cyprus are both culturally influenced by the East and the West; thus, they are an interesting point of comparison to Japan and the UK. The studies may help spread knowledge about ikigai around the world, allowing people to start developing their expertise in terms of ikigai and physical well-being.

Ikigai to me is like a solution for mental health , physical health, and life satisfaction. - Nicholas Kemp 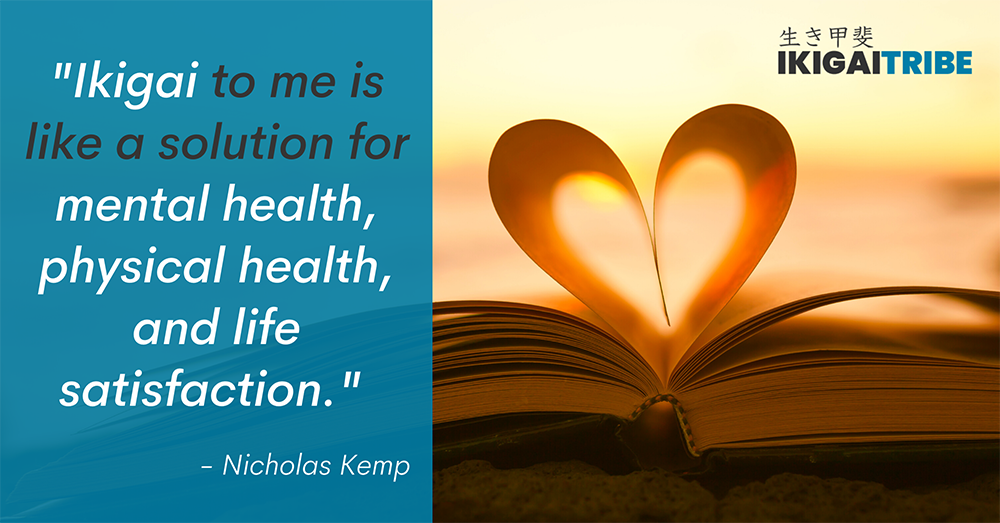 Nick thinks that ikigai is a solution for mental health, physical health, and life satisfaction, and it is good to have studies that dig deeper to know what it really is.

Ikigai is a concept that should be introduced to many because it is something that can contribute to our well-being. Some studies have shown how beneficial having ikigai is in our daily lives: People with ikigai are less likely to suffer from depression, experience motivation, and feel connected to a life purpose that makes us feel that life is worth living. 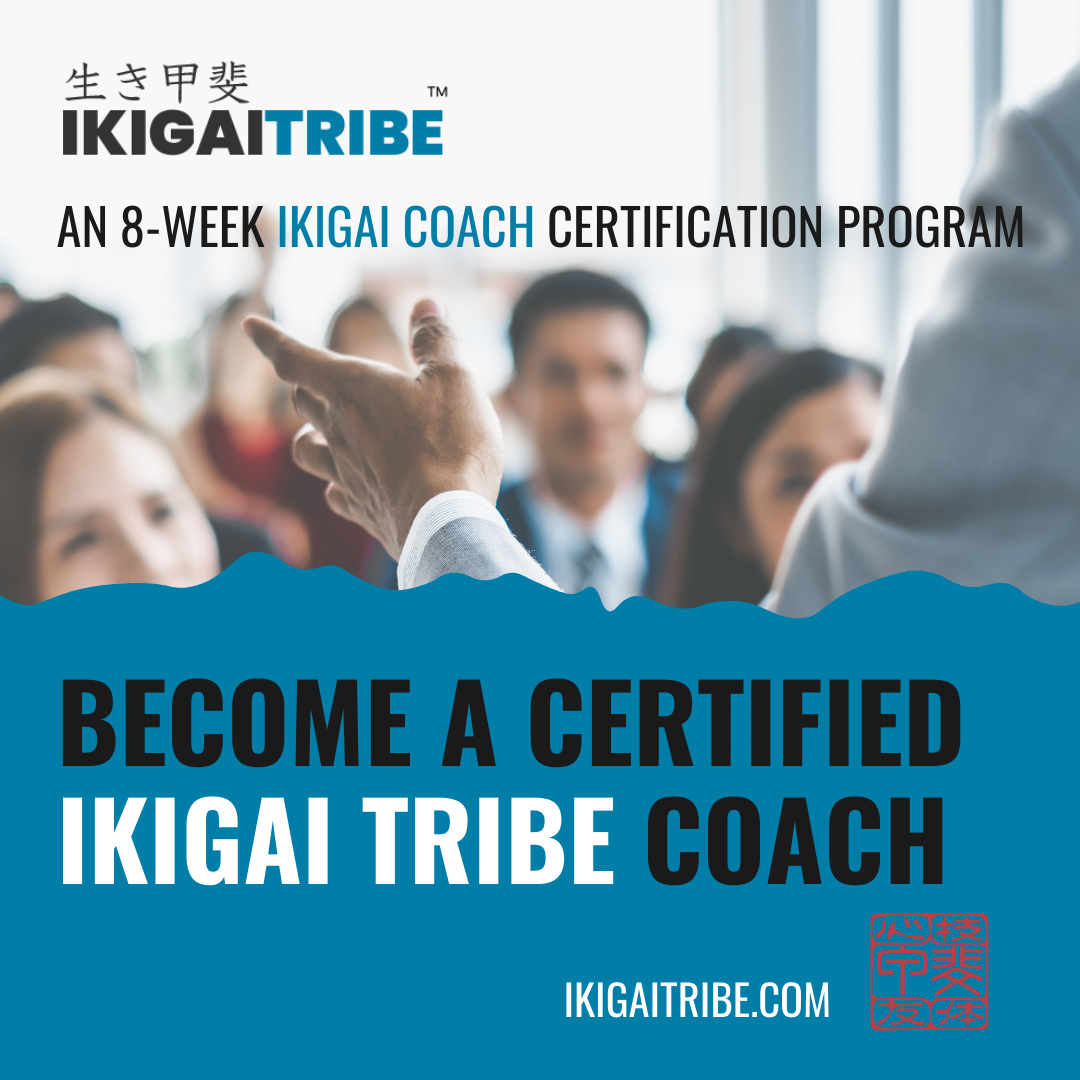