What is your role in your community?

Having ikigai can be defined as having a sense of purpose.To know this purpose, one must know what his role is in his community. Has it ever crossed your mind what role you pursue in your community or your family?

In this episode of the Ikigai Podcast, join Nick and Yohei Nakajima as they discuss the importance of finding one’s role through their journey of having ikigai. 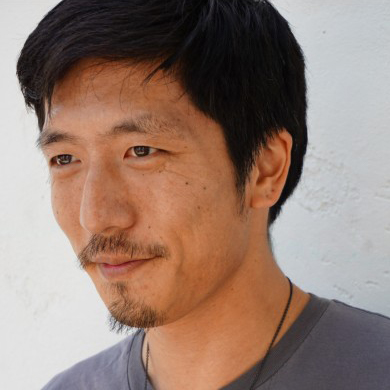 Yohei Nakajima, a venture capitalist, is the Senior Vice President of Scrum Ventures, an early-stage venture capital firm. He was born in Tokyo and moved to Seattle when he was two and a half. After completing his high school education in Japan, Yohei moved back to the US to study at college in California. He is now back in Seattle where he currently resides together with his wife and two children.

Although born in Japan, Yohei grew up in America where his family moved to when he was two and a half years old. His parents are both Japanese, and even though they lived in a foreign country, Yohei shares that they followed a lot of traditional Japanese culture when he was a child.

He went to high school in Japan for a couple of years, which he defined as an eye-opening experience. For Yohei, he thought that he was Japanese before he moved to Japan, but during his time in Japan he was labelled as an American. He got to spend three years in Japan, which helped him understand the Japanese culture much better. He then moved to California for college, stayed in LA for a decade, and now he’s back in Seattle.

He currently works at Scrum Ventures, a venture capital firm in the bay area that has close ties with Japanese companies, and because of this he is exposed to Japanese work culture.

Having this background, Nick asked Yohei if he thinks he’s more American or Japanese, to which he replied that he feels more American. His English is stronger than his Japanese since he has spent more time living in America,  however being raised by Japanese parents instilled in him Japanese culture values.

The Westernized Attempt at Defining Ikigai

Nick then asked Yohei about his impressions of the westernized attempt at defining ikigai. Yohei shares that when he saw the westernized version of ikigai, his initial reaction was a bit negative. For him, ikigai is about finding purpose in life, and he thinks that people achieve that by having hobbies that they enjoy. He believes that the idea that you need to get paid for your purpose may limit people from finding their purpose.

It was mentioned in Yohei’s blog posts that there are words in Japanese language that have shaped the way he thinks, and one of those words is ikigai.

The sense of purpose. Living in a moment that makes you feel alive. That's what ikigai is about." - Yohei Nakajima 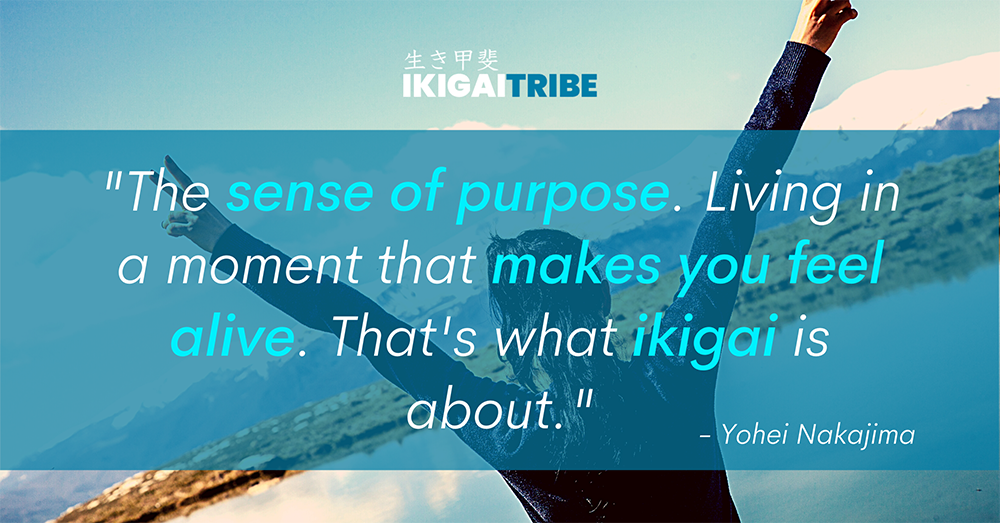 How do you know when someone has ikigai?

Yohei also wrote in his blog post that people must understand the different ways in which ikigai is used and its nuances:

Ikigai is something that you can

So how would you know when someone has ikigai?

For Yohei, it is when you see people living their life to the fullest - a sense or feeling that you get from just seeing them. He says it could be anything. Even with people doing mundane work, you can see them doing it with a smile on their faces, living their best life. You can feel that sense when you see someone who is full of ikigai. And for Yohei, that’s what he strives for, to impact others in a positive way that makes them want to feel ikigai themselves. 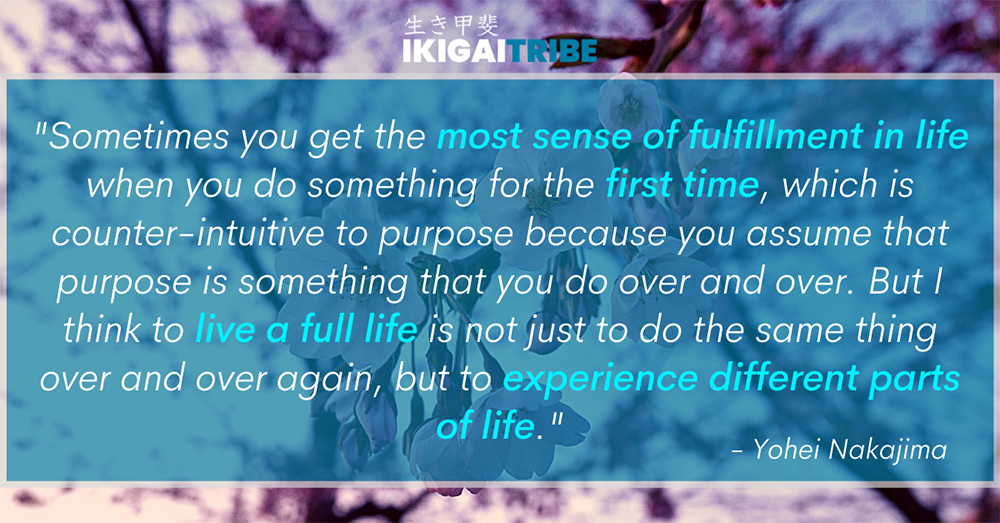 Yohei shares that he thinks sometimes you get the most sense of fulfillment in life when you do something for the first time. To live a full life is not just doing the same thing over and over again, but also to experience different aspects of life.

But he thinks that it really depends on each person. Anybody can feel ikigai from anything. There are no set rules to it. It can be anything that gives you an appreciation for being alive.

When you're surrounded by people who are full of life, it makes you excited and happy to appreciate life. - Yohei Nakajima 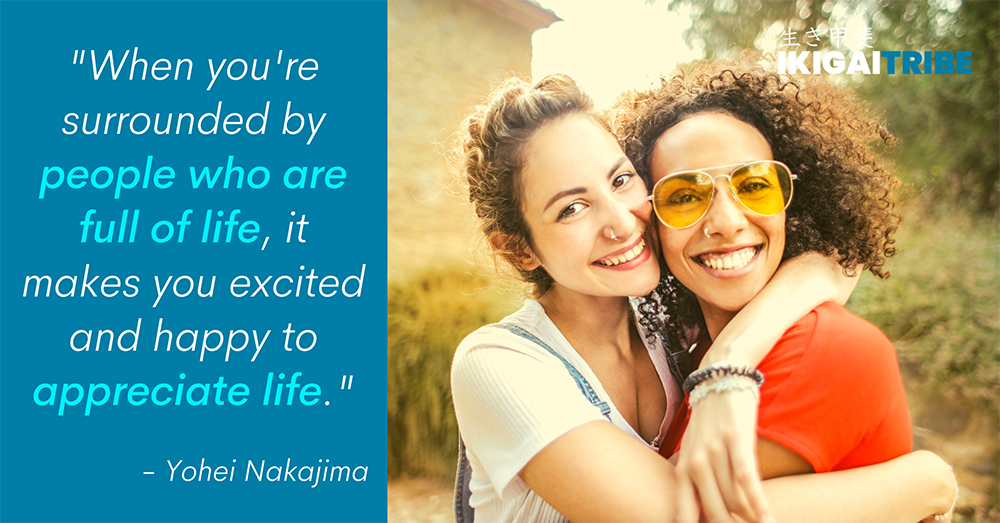 Yohei also wrote that people who are around other people who have ikigai can also feel it. He thinks that it is contagious. When you’re surrounded by people who are full of life, it makes you excited and happy to appreciate life.

The Journey of Finding Ikigai

For Yohei, having ikigai is a journey and is something that you search for. For him, life itself is a constant search. Some people have this lack of ikigai, which makes them not excited about life, not excited about what’s happening during the day, and for him, it is important for people to remember that it is about the search. Not feeling ikigai is not a bad thing, it is more of an opportunity to look for ikigai in places you haven’t looked before. It is about searching for and trying something new.

Ikigai is about fulfillment

Nick was reminded of one aspect that he learned from Dr. Kamiya, which is ikigai is about fulfillment, having the idea of life fulfillment, that even in times where you are struggling, if you believe that your life is moving forward in a positive direction, you can feel ikigai at that moment. 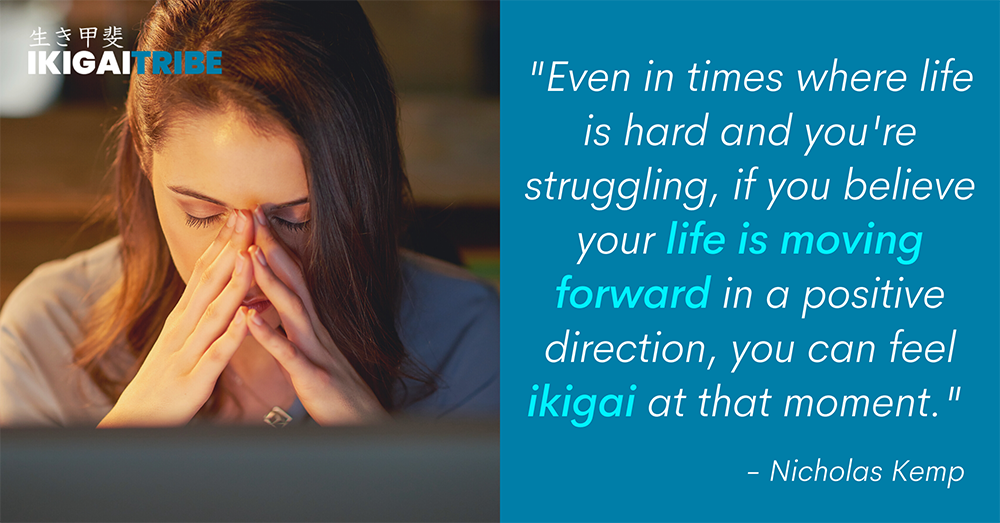 And Yohei related this to the hedonist cycle. The idea that people have ups and downs, but on average, they’re all the same. He shares that whenever he’s feeling down, he would just think that it’s part of the cycles of ups and downs. And on average, he still thinks that his life is still improving.

How do we know we have found ikigai?

As Yohei shared, ikigai is something that will come and go. It’ll change over time with your life’s ups and downs. You will know when you have found it.

For Yohei, you will feel it when you find it. His take on purpose and ikigai is that he believes that humans are inherently social creatures. Yohei states that today, we have multiple tribes, and within that tribe, all of us have a character that we embody. And he thinks that looking for that role within your tribe is a hack on finding ikigai, because it gives you a sense of purpose within that tribe or community. Everyone has their own role or purpose in a community.

The importance of finding your role

In his research to understand more about ikigai, Nick stumbled onto Yohei’s article about ikigai which also discussed understanding one’s role in their community.

Nick thinks that it is one important aspect of ikigai to be living your life in line with your values. Everyone has roles to play in their community and it’s important to find these roles and live them. It is something that the western literature didn’t touch on, the importance of finding your role within your community or your family.

Ikigai is not a special word

Yohei shares that he never thought of ikigai as an important word. It’s just something that Japanese use casually. And he thinks that the casual use of the word is pretty powerful because it allows people to approach it casually as well. It’s not something to stress about, whether or not you’re finding your ikigai, but it’s something that comes and goes.

Asked about his thoughts on ikigai becoming a global phenomenon, Yohei says that he finds it interesting. He thinks it’s great that westerns focus on ikigai, but his observations of Japanese people and culture is that they don’t take it seriously in a sense. They just use it casually. The word is embedded into their language and in the way they think.

For Yohei, it is helpful to understand the full context of it and take it in a way that makes sense for you. He thinks that for people who are looking for a sense of purpose for ikigai, it’s great that they read up on it, but the real work happens in the day to day conversations.

Nick shares one thing he discovered about ikigai is that being able to express your creative self and reach states of flow in your hobbies or interests is another way to feel ikiga-kan. To achieve that, you must need to be present, which Nick thinks is one of the strongest abilities of Japanese people, their ability to be present and in the moment. They focus on their craft and work for hours on end. Japanese people quietly pursue their craft or their ikigai without really talking about it.To Nick, it is like they want to be present and they want to dedicate themselves to their art, craft, or work.

Yohei says, in Japan, they have this word shokunin which means “the craftsman”. He thinks that Japan has a Shokunin culture, where people take pride in whatever work they do. He thinks that if you try to excel in everything you do, you find joy in that, and you find joy in bettering yourself. You try to give your best and try to get better every single day.

What is Yohei’s ikigai?

When asked about what he thinks his ikigai is, Yohei says that the first thing that comes into his mind is family. His family is the reason for being, the reason why he wakes up in the morning.

Also one of the things that he really likes is making connections. He loves reading articles and sharing them. Finding articles that might be relevant to someone and sharing those articles, making introductions between two people. Just finding ikigai in doing simple things.

Ikigai is something that can change over time. It is something that you search for. Sometimes we find ikigai in places or situations that we’re not familiar with. It’s not a bad thing if you lack or don’t feel ikigai, because having ikigai is a journey. It is important to establish or know your role for you to find your purpose, your ikigai, whatever it is that makes you feel alive.