Does happiness change over time?

We all have different sources of happiness -- for example, our family, friends, or work. But as we grow older, things may become different. How do we deal with the sudden changes in our lives? Can we find other sources of ikigai as we move on with life?

In this episode of the Ikigai Podcast, Nick speaks with Dr. Iza Kavedzija about the elderly in Japan and their pursuit of ikigai. 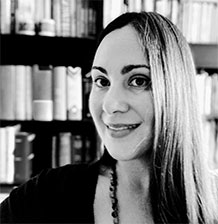 Dr. Iza Kavedzija is a senior lecturer in anthropology at the University of Exeter and an anthropologist of Japan. Her doctoral research examined the creation of meaning in life among older people in Osaka, and her current area of research is an ethnographic study of young contemporary artists in Osaka. She’s also the author of Making Meaningful Lives: Tales from an Aging Japan.

Iza’s interest in topics about meaning in life and happiness started back in 2008 when she was conducting her doctoral research. She looked into different ways in which people conceptualize good life: what it means to them to live a good life. Since then she has become engrossed with themes related to happiness.

Iza remembers the first time she went to Japan; she participated in an exchange student program at her high school organized by their Japanese language teacher, and she was able to spend three months in Japan (specifically in Sendai). She describes it as a great experience that sparked her interest in Japanese culture. She studied Japanese alongside her major in anthropology and sociology at the University of Oxford and decided to make Japan a focus of her master’s because of the knowledge that she acquired about Japanese language and culture.

The process of researching

For her doctoral research, Iza spent 14 months with the same group of people. Originally, she planned to look for some older Japanese people who live in their homes. However, entering homes isn’t a simple matter. Luckily for her, she was able to find a community cafe in the south of Osaka which allowed her to volunteer and conduct her research; she spent over a year coming to the same place weekly and establishing very close contact with a group of older people who frequented the establishment.

Happiness in the Japanese context

Nick shares a quote from Iza’s article “The good life in balance: Insights from aging Japan”, which made him realize how complex happiness is in Japan:

“Happiness in the Japanese context can usefully be understood as deriving from a series of negotiations or ‘balancing acts’ between contrastive values and orientations to the world.”

Happiness, in the Japanese context can usefully be understood as deriving from a series of negotiations and balancing acts between contrasted values and orientations to the world. - Iza Kavedzija 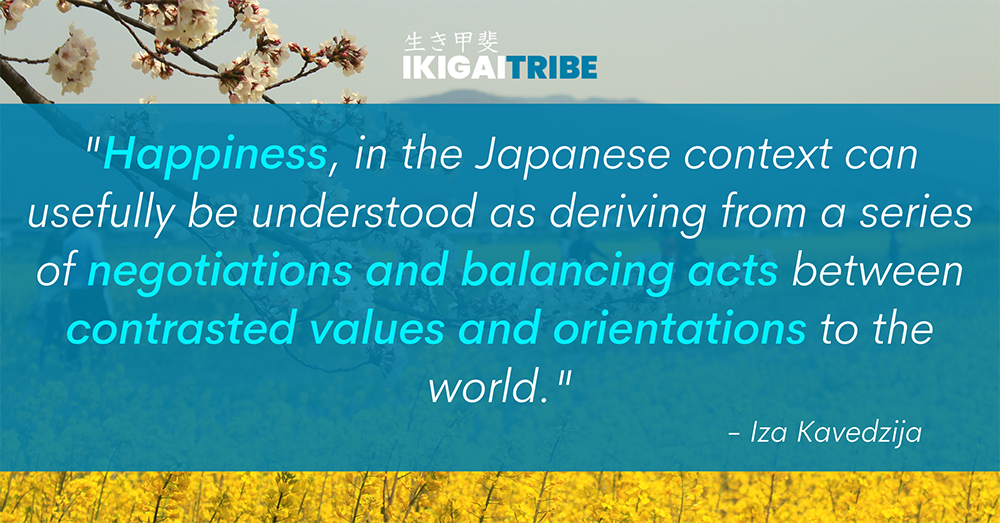 Iza explains, for the older people that she worked with, some of their friends or the people they grew up with have departed already, hence they have the urge to develop new relationships, and places like the community cafe give the elderly a chance to form new associations. What’s important for them is to try and form connections that are friendly and warm, but not overly burdensome -- they need to be amiable, yet avoid being overly intrusive such as asking inappropriate questions to avoid ruining the mood. Their opinions are important, even so, it is also important for them to have a good time and avoid conflicts -- it is a balancing act for them.

The Japanese people have three ways to say happiness: shiawase, ureshii, and koufuku.

Iza explains that the terms shiawase and ureshii are both frequently used and have some similarities. Shiawase is good fortune or blessing -- lifelong happiness. Ureshii is being glad or pleased -- feeling of happiness for a short time. Koufuku, on the other hand, is not commonly used; it refers to well-being or blessedness.

Having read Iza’s article, Nick was astounded by how one old lady defined happiness: looking after her husband’s parents makes her the happiest. Iza interprets it as the importance of care; if one cares for others then everything will be good, and it will reciprocate to them -- the world will be a better place if people look after each other. Another way of interpreting it is as a sense of fulfilling her social role, as a wife and a mother -- finding one’s role in a community as a way to experience ikigai.

Iza shares that what she noticed during her research is that Japanese people are reluctant to use the word ‘happiness’ to describe their lives; the people she worked with rarely spoke directly of happiness because it seems like a form of bragging, and it is customary in Japan to represent oneself in a modest, self-deprecating manner. Japanese people express their joy in a reserved manner, but people around them can definitely feel it -- it’s a shared experience. 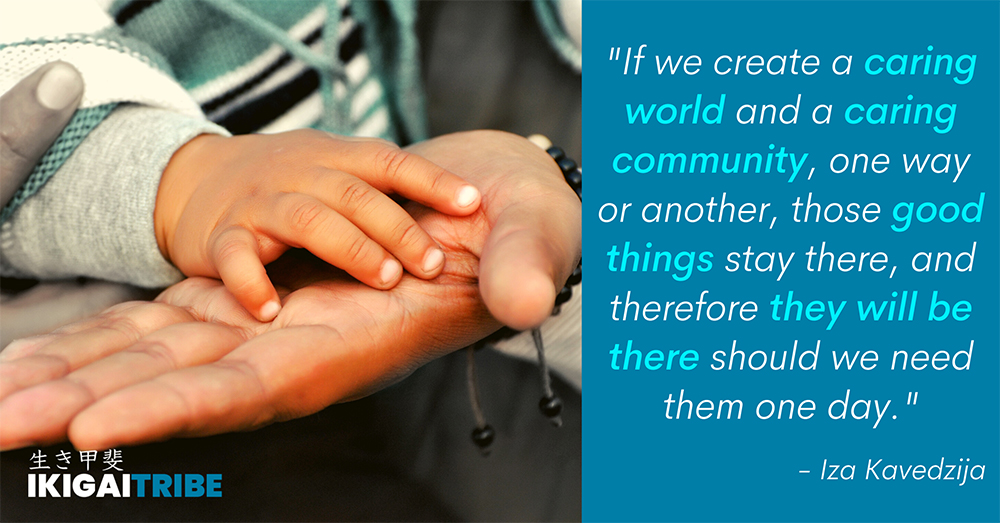 Ikigai to the elderly

As part of her research, Iza looked at academic works, self-help books, and articles related to ikigai; what transpired is that ikigai was frequently associated with older people. She thinks that the reason for it is that older people, who are about to retire, are more at risk of losing their ikigai; being deprived of something that has been their ikigai for years might be difficult for them and they will feel a sense of loss.

She shares that oftentimes, the older people she interviewed don’t want to talk about their ikigai; they feel like they don’t have anything to say in particular because of their old age; they are at the stage where it is about finding enjoyable things -- something that will enrich their lives. That is why the city government would organize an ikigai school, where they offer traditional arts or have a sports group, for the older people to get together and do a little bit of exercise because it is important for the elders to pursue their ikigai and find something that will make their life liveable and to help them avoid becoming (or feeling like they are becoming) a burden.

Ikigai can be a spectrum of small and personal things like a pursuit of a creative hobby. It doesn't have to be about achieving anything. - Nicholas Kemp 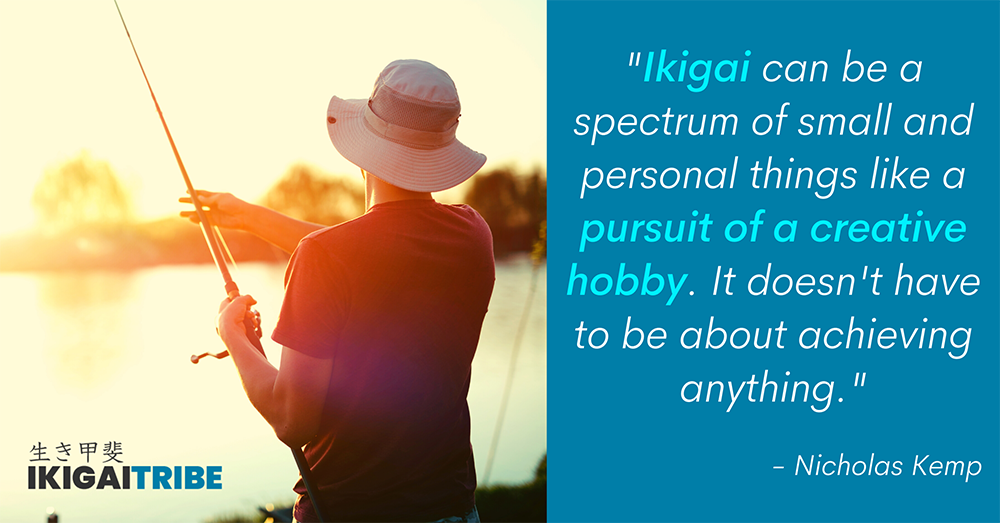 Nick says that ikigai can be a spectrum of small and personal things, like a pursuit of a creative hobby -- it doesn’t have to be about achieving anything. In Iza’s paper, she mentioned the idea of doing things properly; for some Japanese, their hobbies become a practice and it’s important for them to not be sloppy. It’s sort of an attitude to life that doing things properly could be seen as attention to form. Japanese people have a proper way of doing things, like serving a cup of tea to or even sorting the rubbish -- there is precision in the way they execute their tasks; it is an important part of living, especially for the older people, it makes them present by being engrossed in what they are doing.

Japanese people tend to avoid meiwaku (to cause trouble); to not be a burden for their children has become a widespread concern for the elderly, thus, they find ways to be of help to others; they are very thoughtful and show great care for others. Instead of thinking about themselves as independent, they try to cultivate multiple relationships: a form of interdependence with different people rather than being overly dependent on one person, which may be burdensome.

Iza’s article “The good life in balance: Insights from aging Japan”, came out directly from the conclusion of her doctoral thesis. She also has a book called Making Meaningful Lives: Tales from an Aging Japan, which encapsulates all topics discussed in her article. She is also the author of The Ends of Life, Time and Meaning in Later Years, a special issue of the journal of anthropology and aging, and is working on a new book for Cambridge University on well-being. 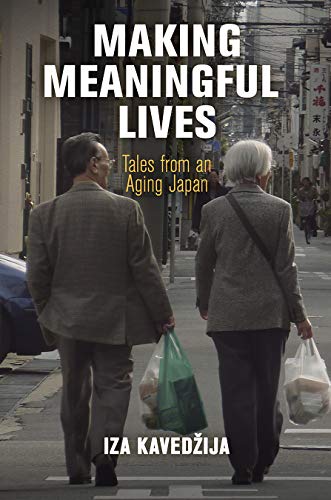 Iza shares that living in Japan taught her a lot of things and made her appreciate life more; the attention to detail, attentiveness to others, and the way Japanese people relate to objects; that objects are also important and need to be looked after -- they hand it over to someone who might have a use for it. There are certain Japanese attributes that she finds useful, like their attitude of gratitude: Iza believes that gratitude is important because of the relational quality that it has; it reminds people that they live with others. 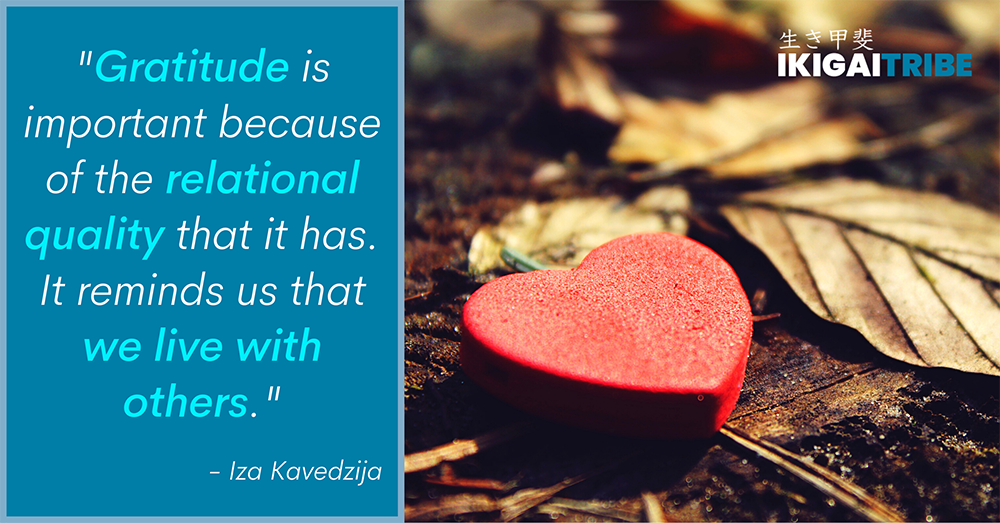 Iza shares that situations like the pandemic made her appreciate the relationships that she has; her family, friends, and acquaintances are a very important part of her life and she considers them as her ikigai. In addition to that, her passion for research and teaching are also sources of her ikigai, as well as her other creative pursuits.

Each of us has our definition of what happiness is, depending on what stage in life we are in. As we get older, our priorities change and the things that matter to us might be different; the things that we used to enjoy may no longer excite us, and the ones that used to be the source of our happiness may disappear. That is why, as we move along with life, it is essential to explore and take more activities that will motivate us -- to find other sources of ikigai. By doing so, it will not only help us to live a fulfilling life, moreover, it will benefit the people around us as we avoid becoming a burden for them.