What does Ikigai Mean To The Average Japanese?

The word Ikigai has become a viral global phenomenon. Several Ted Talks and a best selling book has perpetuated the myth that Ikigai is a word from Okinawa and the key to longevity and happiness. The word is also misunderstood and shared on social media as an entrepreneurial framework of doing something that you love, that you are good at, that the word needs and that you can be paid for. But what does ikigai mean to the average Japanese?

In this episode of the ikigai podcast Nick speaks to Makoto Rexrode to discuss what ikigai means from a Japanese perspective. 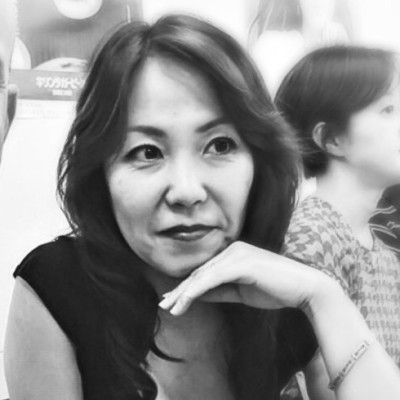 Makoto is the founder and CEO of Hanka Marketing, a company that helps foreign businesses find business partners in Japan with cross-cultural management, market research and localization services.

Makato has a Bachelor of Economics from Nagasaki University and a MBA from Concordia University in  Montreal Canada. Currently, Makoto lives with her husband and three children in Kanagawa.

Born and raised in Nagasaki, Japan, Makoto Rexrode is the founder and CEO of Hanka Marketing, and has lived in several countries, specially Canada, Sweden, and the US. She studied a Bachelor of Economics at Nagasaki University and completed her MBA at Concordia University in Montreal, Canada. She currently lives with her husband and three children in Kanagawa, Japan.

While studying at Nagasaki University Makoto had a conversation with an American lady who taught her English and made her curious about living abroad. That’s when the thought came to Makoto that there was still more she had yet to discover about the world. She decided to explore the world and live abroad. She described the experience as life-changing and it gave her lots of perspective on different cultures.

When her husband was offered a job in Japan, they grabbed that opportunity for their children to experience Japan and be exposed to Japanese culture. After living abroad for years, Makoto’s return to Japan gave her a deeper appreciation of Japanese culture. She describes life in Japan as being more peaceful.

It wasn’t hard for her children to fall in love with Japan as well. Though they don’t speak Japanese that well, her children find Japanese people very genuine and helpful. Living in Japan is a great adventure for her children, as they gain independence.

How Nick and Makoto Connected

Nick and Makoto found each other through LinkedIn. Nick was looking for a native Japanese who had a strong connection to Ikigai. As fate would have it, Makoto started leaving comments on Nick’s posts related to Ikigai. That’s how they got to know each other and now Makoto is a member of the Ikigai Tribe.

The Global Fascination With Ikigai

There were concepts or misinterpretations shown on various social media platforms about Ikigai. In the west, people would try to seek a clear definition of Ikigai. All those misconceptions were all personal pursuits for external success, unlike Ikigai, which Makoto describes as something which exists within us.

Nick and Makoto shared their insights on some of the myths about Ikigai. Japanese concepts are very vague, which is why non-Japanese tend to seek clearer definitions.

Here are some of the myths about Ikigai:

Ikigai is an Okinawan word

Ikigai is not from Okinawa. That all started from a TED talk about Ikigai as one of the reasons for longevity in Okinawa, which led to having a westernized version of Ikigai.

Ikigai is about longevity

Ikigai helps us to find a source of happiness but it doesn’t equate to longevity. It is often perceived as the secret to longevity, but rather it is more about what gives us the motivation to live.

Ikigai is the secret to happiness

Ikigai has a strong connection to happiness, but Japanese wouldn’t consider it “the secret” to happiness.  Like ikigai, what brings people happiness changes over time, as they age. This highlights that both happiness and ikigai are provisional. They are not something you obtain and hold on to permanently.

Ikigai is about doing something you love

Ikigai can be about doing the things you love, but a better way to put it would be to say that ikigai activities are meaningful pursuits that create peace within yourself.

Ikigai is about doing something the world needs

Ikigai is different to everybody. You experience Ikigai by finding purpose or value in what you do. It is the feeling of being needed and being valued in what you do.

Ikigai is about something you can be paid for

Ikigai is not about making money. In Japan, money is a taboo subject that few Japanese engage in conversation over. If your ikigai is related to your work,  it’s about the positive energy you bring to work that you find satisfying. It’s the feeling of satisfaction and joy you get when people acknowledge your work, not the monetary value of what you do.

Hataraku - to work. Hatarakigai - the value one finds in their work.

Asobu - to play.  Asobigai -  the value one finds in play or leisure activities.

Yaru - to do. Yarigai is the value of doing something.

As you can see, ikigai while a deep philosophical concept, is just a regular word. This is what makes it unique.

What is happiness to Ikigai?

The common thing between happiness and Ikigai is that they both give you positive life energy. Like ikigai, happiness has many different forms, and people have different definitions of what happiness is for them. As we go through different stages of life, our definition or goals of happiness change. This is also true for lkigai. What is important to understand is that happiness is not the be all or end all of ikigai. Happiness should be perceived as a byproduct of ikigai, not the goal. 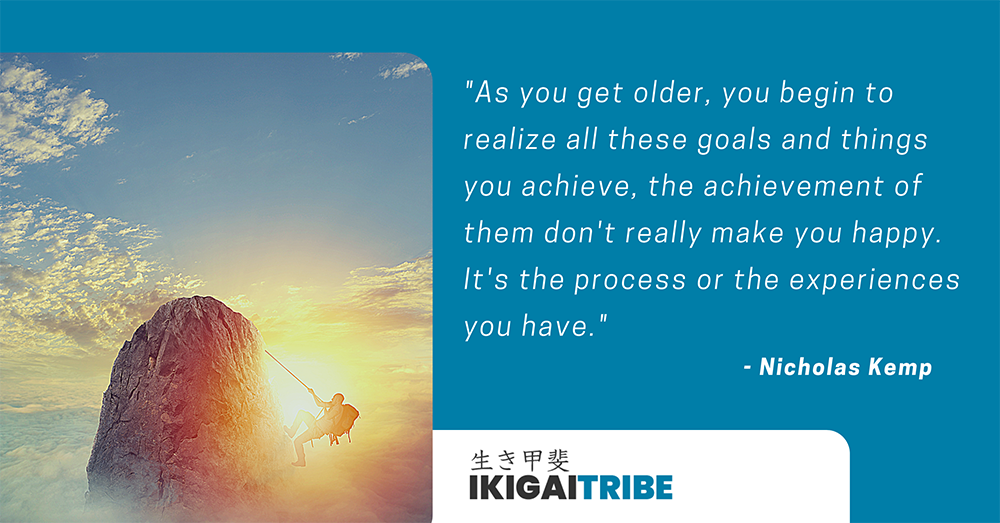 The Vagueness of Japanese words

Many concepts are vague in Japan, which leads to other nationalities being curious about its culture. Deep philosophical terms are part of the everyday language for Japanese people, something that they’re used to, and something that they grew up with. But for us in the west, we struggle to understand ambiguous or vague words and seek clearer definitions.

Japanese like to keep something hidden as this arouses their curiosity, making them want to explore more. We should embrace this unique cultural attitude.

The Lack of Ikigai

Many Japanese lack Ikigai. A lack of ikigai in Japan is often expressed with unique cultural problems. One example of this is hikikomori, acute social withdrawal syndrome. People with hikikomori generally don’t suffer from any mental health issues, rather they are just lonely and don’t have any sense of purpose. They lock themselves away from society. Ikigai is not some romantic concept that all Japanese have. Unfortunately, many Japanese lack ikigai and suffer greatly from it.

Ikigai is Peace within myself

According to Makoto, ikigai is having peace within yourself. She says that Ikigai is something that exists within you that no one can take away. In life, you will go through a lot of experiences, there might be hardships and difficulties, but once you’ve established that peace within you, your Ikigai, it won’t be hard to overcome those obstacles. It’s important to have that foundation in life, and it all starts within you. All the external things that exist around you are only temporary, what’s important is what’s within you, because no one has the power to control what’s inside you.

Have peace within yourself first, and everything else will follow.

One of the things we need as a human beings is a feeling of being needed. - Makoto Rexrode 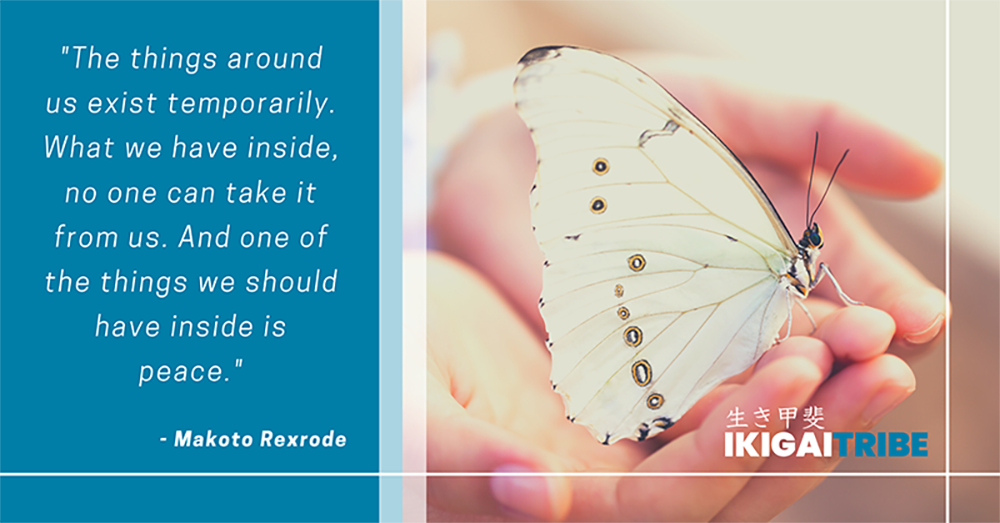 Nick and Makoto also discussed Meiko Kamiya’s book, Ikigai ni Tsuite. Their discussion focused on freedom, which according to Meiko’s book, is one of the important elements of Ikigai. Freedom comes with risks, danger, and responsibility. Many people choose not to have freedom because it’s difficult. Sometimes we make difficult choices for the freedom of others, and others would see that as a sacrifice of personal freedom, but according to Meiko, it is actually a choice or expression of freedom. 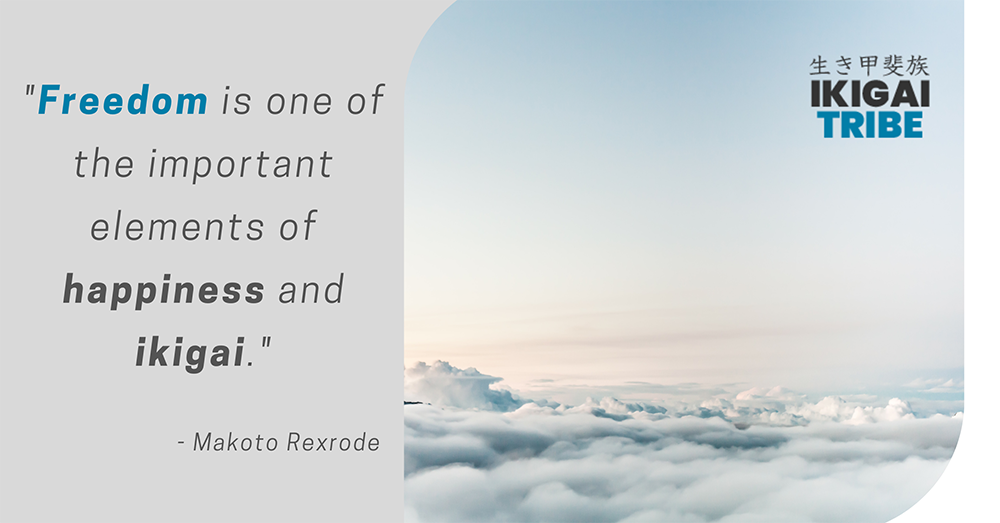 Makotos’ Ikigai is her family, the feeling of love, and her passion for pottery. Makoto considers her children and husband as her Ikigai. Having them in her life gives her a sense of purpose and happiness. As for her love of pottery, it makes her feel alive when she decorates porcelain.

A Japanese’s perspective of Ikigai is very different from that of westerners. For the Japanese, there is no framework. Ikigai has nothing to do with money, is not always about doing things that you love or are good at, and not about being what the world needs. Ikigai is something that exists within us. It helps us find sources of happiness, life energy, or find value in ourselves. It is the happiness we get by being appreciated for our efforts and the feeling of being needed and valued.