The Ikigai Diet, the diet eaten by Japan’s centenarians is a high fibre, largely plant-based diet, rich in what the West would consider superfoods.

When we think of Japanese centenarians, the residents of Okinawa come to mind thanks to the books like' The Okinawan Diet and more recently Ikigai: The Japanese Secret to a Long and Happy Life.  However, Okinawa doesn’t hold the highest number of centenarians per capita. That honor goes to Shiga prefecture.  Japan has close to 70,000 centenarians, with around 15% living in major cites, such as Tokyo and  Osaka, with the rest living in the many rural areas of Japan.

Japanese centenarians eat local, meaning they source food such as vegetables from their local districts or in many cases their own vegetable patches.

Japan has an abundance of nutrient dense food. In the West many of them are being hailed as superfoods, but to the Japanese these are just common ingredients or side dishes to their daily meals.

The Japan phrase mago wa yasashii translates to "grandkids are kind", mago meaning grandchildren, yasashii meaning kind and wa being the subject marker.  However, the phrase is also used as a common Japanese anagram with each syllable   MA-GO-HA-YA-SA-SHI-I representing a  important Japanese food or staple.

MA - Mame (Beans)
A very important part of the Japanese diet, beans are high in protein, vitamins and fibre. Natto, fermented soy beans, is one of Japanese best superfoods.

GO - Goma (Sesame seeds)
Sesame seeds are full of calcium, fibre, protein, and minerals. As such, they are considered as one of Japan's anti-aging foods. They are best used or served grounded.

YA - Yasai (Vegetables)
Japan has many unique vegetables - daikon, goya, renkon and gobo to name a few. Japanese know the importance of eating a diverse range of vegetables.

SA - Sakana (Fish)
Japanese people eat a lot of fish - sashimi, sushi, grilled fish, broiled fish, etc. Fish is prepared in many different ways in Japan to draw out the nutrients and flavours. Fish provides an important source of Amino acids and iron.

I - Imo (Potato)
An important source of carbohydrates, potatoes contains vitamins and minerals. Japanese Sweet potatoes are highly nutritious and are a great source of fibre, vitamins, and minerals. They also promote gut health.

It's Not Only About The Food

The Ikigai Diet is not just about the food Japanese eat, but also the customs they practice when eating. Japanese respect food deeply, and express gratitude before and after every meal. They are also very mindful of waste. It would be a rare sight to see a rice grain go uneaten.

For the most accurate and up-to-date information on the Japanese diet, I recommend Sachiaki Takamiya's Kindle book, IKIGAI DIET - The Secret of Japanese Diet To Health and Longevity.

Sachiaki's advice on taking traditional Japanese concepts and applying them to diet and lifestyle is gold. I hope this book is expanded upon and published.

Also you can listen to my podcast interview with Sachiaki on the topic of What Ikigai Means To Japanese. 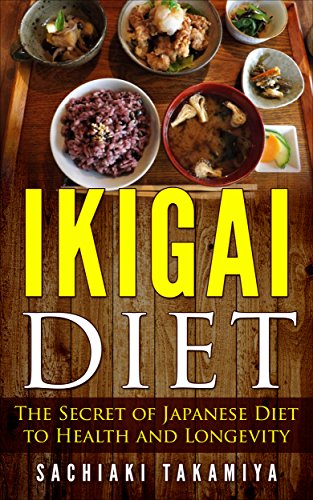 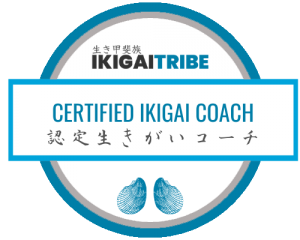