Is rolefulness essential to ikigai?

Although we might not be aware of it, our roles may impact our well-being. We may have many roles in our lives, each with its own significance and impact – on people around us and on us as individuals. These roles give us a sense of fulfilment that leads to a feeling of ikigai.

In this episode of the Ikigai Podcast, Nick speaks with Professor Daiki Kato to explore the importance of roles in perceiving ikigai in our lives. 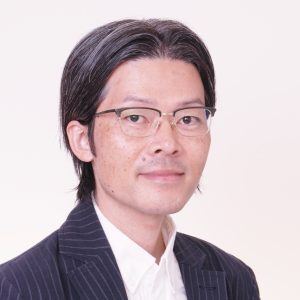 Professor Daiki Kato is a professor at the College of Human Science at Kinjo Gakuin University, Nagoya, Japan; his areas of study include clinical psychology and art therapy. He received a Bachelor in Education in 2003, a Master of Arts in 2005, and a Ph.D. in psychology in 2008 – all from Nagoya University in Japan.

Rolefulness is an original term from Daiki and his colleague. Daiki shares that he has been studying clinical psychology, with the psychological effects of art therapy as his main research topic, and focused on LEGO® blocks as material for individual and group therapy; participants made out of something from LEGO® blocks and a therapist interpreted each work. While conducting group therapy, Daiki found out that many roles are formed when people work closely together. He noticed that collaborative work improves each individual’s social skills and gives them role satisfaction – thus, the concept of rolefulness was created to highlight the importance of roles to mental health and human relationships. Daiki cites two main reasons for writing the paper about rolefulness: to reveal what rolefulness is and look into the relationship between rolefulness and other psychological factors. The result of their study showed that rolefulness has a good effect on mental health – it facilitates social adjustment, increases self-esteem, and helps with depression. 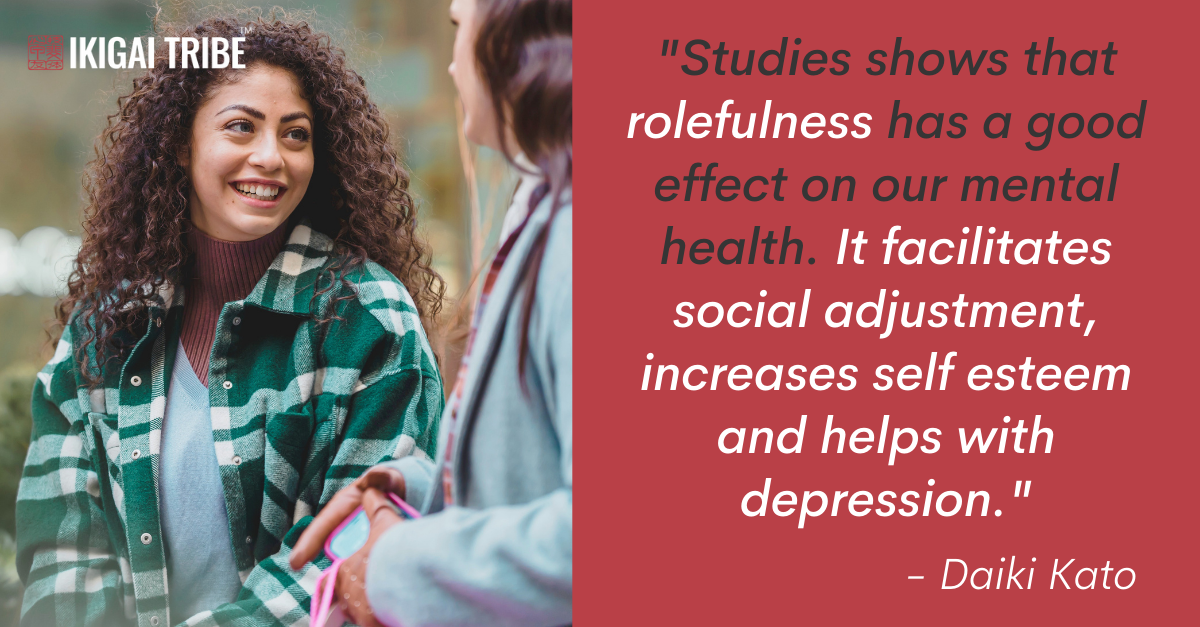 As mentioned, Daiki conducted a workshop amongst young adults to develop social rolefulness. The workshop focused on collaborative work, with LEGO® blocks as their material. Three to four participants worked together to express anything they liked using the LEGO® blocks. Throughout the process, Daiki shares that the participants were able to establish verbal and nonverbal relationships – their roles were divided naturally as they worked, and they were able to produce interesting outcomes such as parks, houses, and schools; some were even able to make local music festivals out of LEGO®. The result of their study showed that collaborative experiences may help in increasing rolefulness. Aside from young adults, Daiki also conducted workshops for infants and their parents using Duplo® blocks; both parents and infants made animals out of those blocks. The process gave infants simple role satisfaction, and it gave their parents ideas of what their children are interested in; on the whole, the process established a rapport between parents and children.

Daiki shares that psychologists need to measure psychological concepts, and because of that, he came up with the rolefulness scale to evaluate rolefulness; it is a five-point scale that measures the two factors of rolefulness (social and internal rolefulness).

The items under social rolefulness are:

The items for internal rolefulness are:

Participants were asked to use a scale of one (lowest) to five (highest) to indicate how much they agreed with each statement. These items show that social rolefulness pertains to interpersonal relationships, while internal rolefulness is all about personal aspects such as self-identity and confidence. 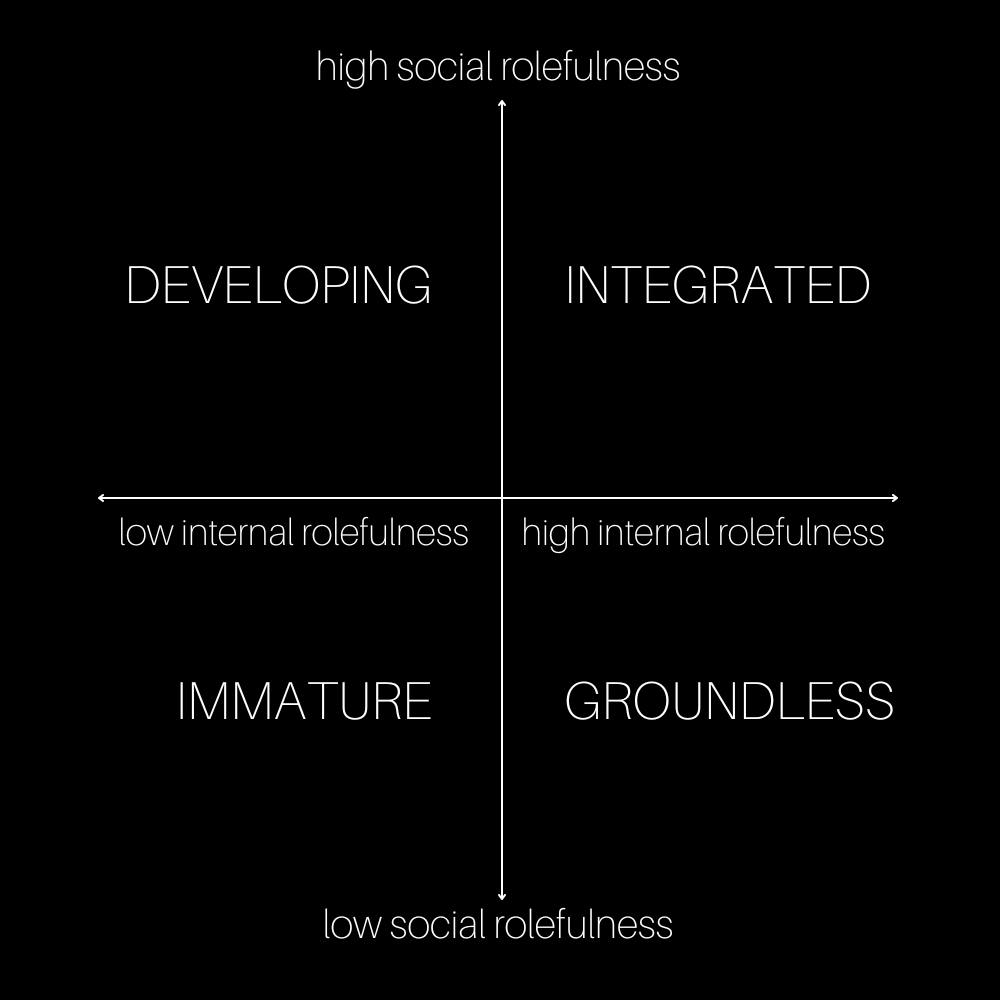 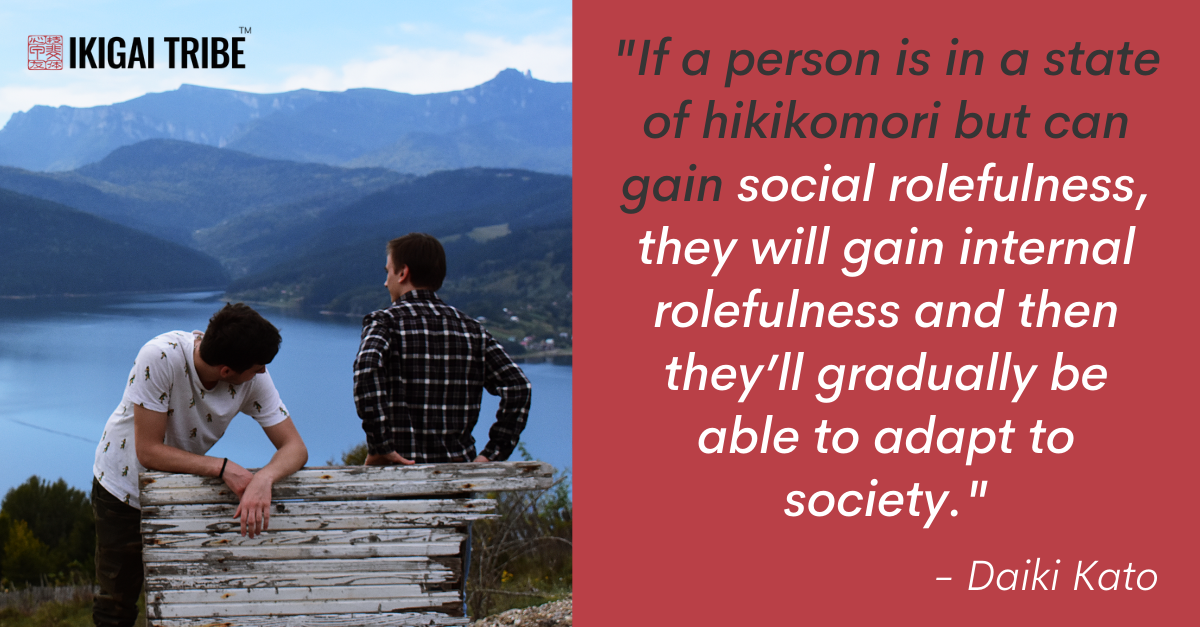 In his paper, Daiki mentioned role confusion; he explains that role confusion is a state where people aren’t satisfied with their roles. For instance, during disruptive events such as COVID-19, where everyone was forced to stay in their homes and adjust to doing everything online, many people can feel lost and confused about their roles. Nick believes that through their roles, people have positive interactions and generally feel positive. However, when they experience a lack of those roles, people lose their sense of purpose or meaning in life. 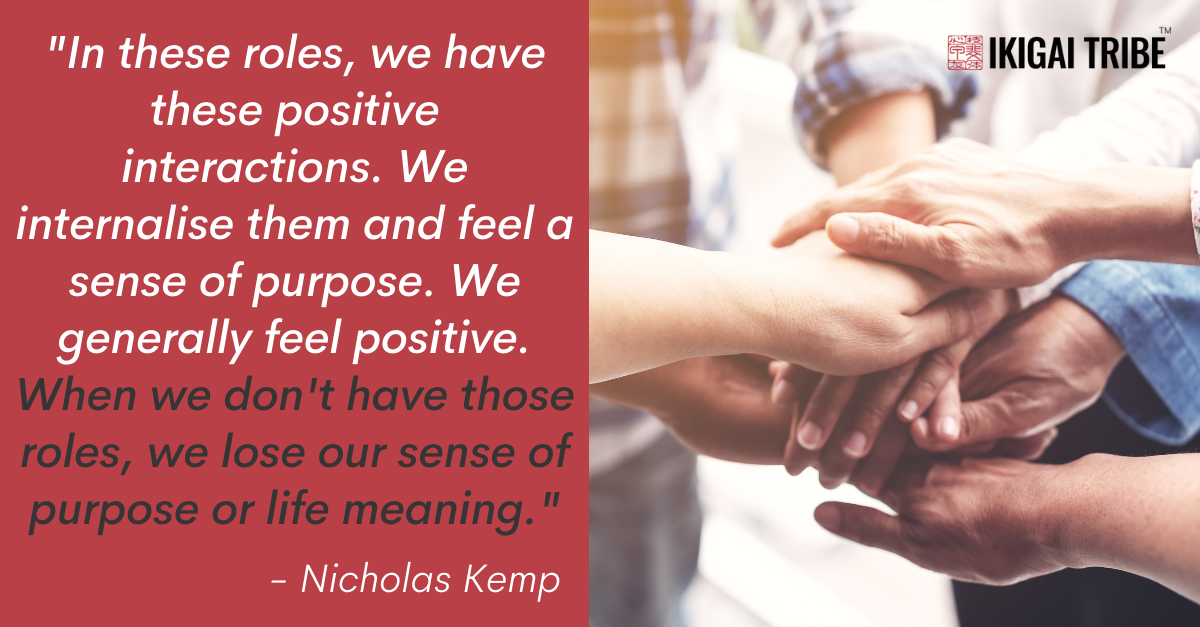 Daiki believes that there are a lot of chances to increase rolefulness in people’s daily lives: engaging in ordinary activities such as greeting other people, having conversations, and showing gratitude to others. However, he thinks that some advances in technology, applications such as Twitter, Instagram, or Facebook, may affect people’s pursuit of rolefulness because he thinks that people still have a greater chance for growth by engaging in in-person interactions. He believes that actual conversations are essential in increasing people’s rolefulness. Moreover, accepting the roles of others is also important. Nick agrees stating that the idea of accepting roles of others, letting other people express themselves through roles is important – it is essential to embrace and support the roles of other people.

Daiki shares that his advice for young people is to give importance to the daily roles that they play in life; it can be the small roles that they have, such as helping with household chores, and having conversations with their friends and family, because these simple roles may give them satisfaction and confidence. Moreover, changing the way that they think may also be beneficial in increasing their growth. 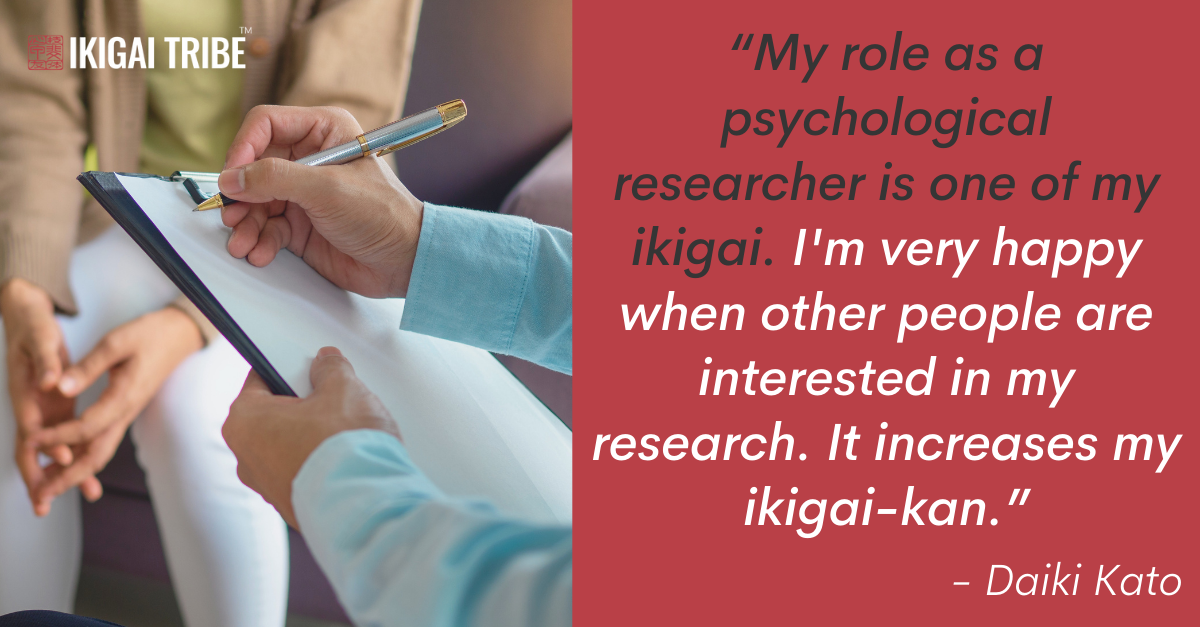 Daiki states that he has several sources of ikigai. One of these is definitely his success in his social role. He also feels ikigai every time people take notice of his team’s research. More personal sources of ikigai include family, friends, and hobbies.

Our roles play an important part in feeling more ikigai in our lives; our lives are composed of various roles which make up who we are. We can play different roles for every person that we meet, and each person may see us differently – but all roles are similar in that they can have a notable impact on others' lives. If we just pay attention to the roles that we have and how each may impact others, we can feel a sense of significance which can lead to feeling more ikigai in our lives.