Have you ever contemplated the good things that happened in your life? Sometimes, we tend to focus on the negative aspects of our lives, and we forget to acknowledge the good things that occur around us. In Japan, they have a self-reflective form of meditation called naikan; this method helps people realise what they have caused others (both good and bad). Can this practice of naikan help us feel more ikigai in our lives?

In this episode of the Ikigai Podcast, Nick speaks with Dr. Clark Chilson about naikan and how it can help people develop their ikigai. 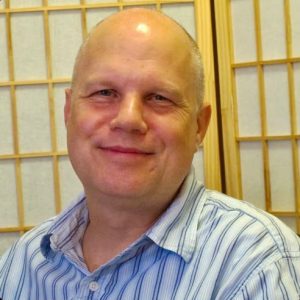 Dr. Clark Chilson is an associate professor in the Department of Religious Studies at the University of Pittsburgh; he specialises in religion in Japan, particularly Buddhism and popular religion. He teaches Religion in Asia, Religion and Culture in East Asia, Japanese Religious Traditions, Popular Religion in a Changing Japan, as well as Buddhism & Psychology. He lived in Japan for over thirteen years and studied cultural anthropology, doing fieldwork at a Zen temple and among secretive Buddhists.

Naikan: A Meditation Method and Psychotherapy

Why study religion in Japan and Buddhism

Clark first went to Japan in 1968 as part of an exchange program at his university. During his stay, he got interested in the distinct religious culture of Japan; he was captivated by the “earthiness” of Japanese Buddhism. He states that many people think of Buddhism as being primarily about meditation. However, that’s not what Buddhism is like in Japan; for the Japanese, Buddhism is about their ancestors and rituals and getting things for worldly benefits.

Doing fieldwork at a Zen temple

While working on his thesis for his undergraduate studies, Clark did some fieldwork at a Zen temple called Toyokawa Inari: one of the three largest Soto Zen training centres in Japan; it has dozens of novice and full-time monks. He shares that it was a fun and fascinating experience for him, from observing different people who visit the temple to witnessing some novice monks sneak out and have some drinks.

Clark authored the research paper called “Naikan: A Meditation Method and Psychotherapy.” When asked how he would describe naikan, Clark shares that he would simply describe it as meditative self-reflection practice which focuses on three questions: What have I received that’s positive from other people? What have I given back that’s positive to other people? And what troubles and difficulties have I caused other people? Moreover, he thinks of it as a type of meditation that is about disciplined attention regulation – the attention regulation is focused on the three naikan questions.

In his paper, Clark mentioned two types of naikan: intensive naikan and daily naikan. He explains that intensive naikan is done at a naikan training centre, where people spend a week away from all distractions and reflect on the important relationships they have in their lives. The interviewer (mensetsusha) will ask the three naikan questions concerning different people: it can be the participant’s mother, father, and spouse if they’re married. This will go on for a week because for the first few days, people find it hard to focus and fully concentrate on the three questions; it takes a few days before their minds settle down. At the end of the week, participants will have an hour-long discussion with other people who did naikan and that’s the end of the naikan practice. 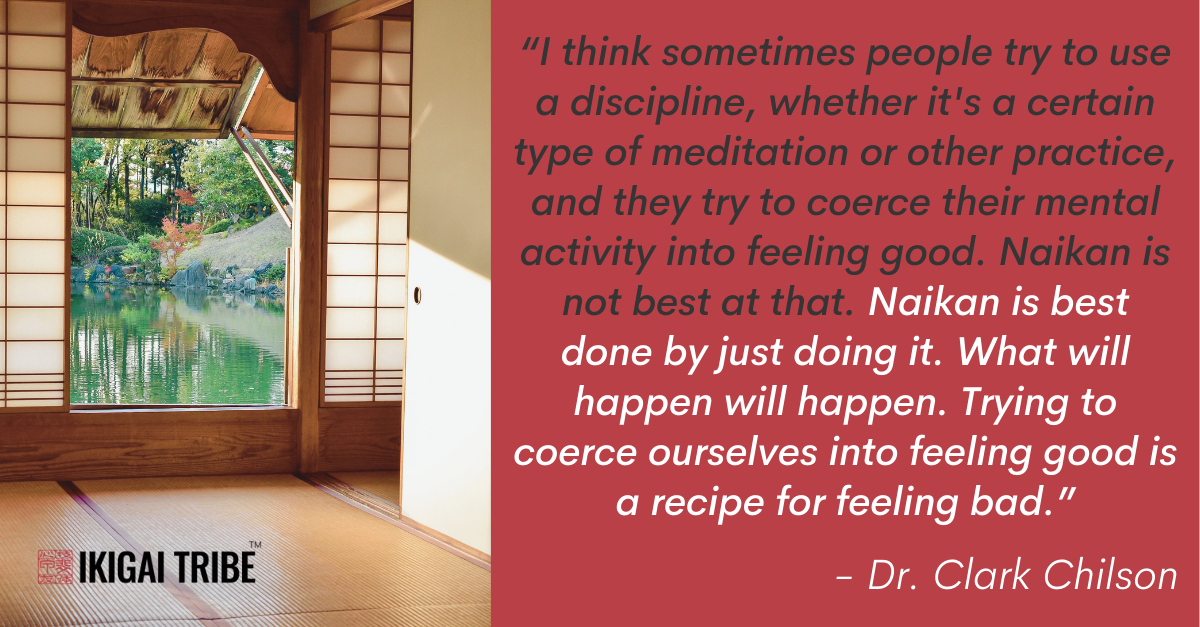 Clark states that naikan will make people feel guilty, but not the self-centered kind of guilt. Rather, the guilt is focused on the pain and suffering of the other person; people realise the inconvenience they have caused others, and they want to do something about it and fix their relationship.

Clark shares that people do naikan for various reasons: some do it because they’re undergoing serious problems, while others do it for self-cultivation – they want to be better at something. With these, Clark believes that the benefits of naikan depend on the person’s purpose of doing it, but the common benefit could be that people see their lives differently after doing it, thus,  people see themselves differently which can help to reduce their sufferings – they’ve gone through something that changed them perpetually. 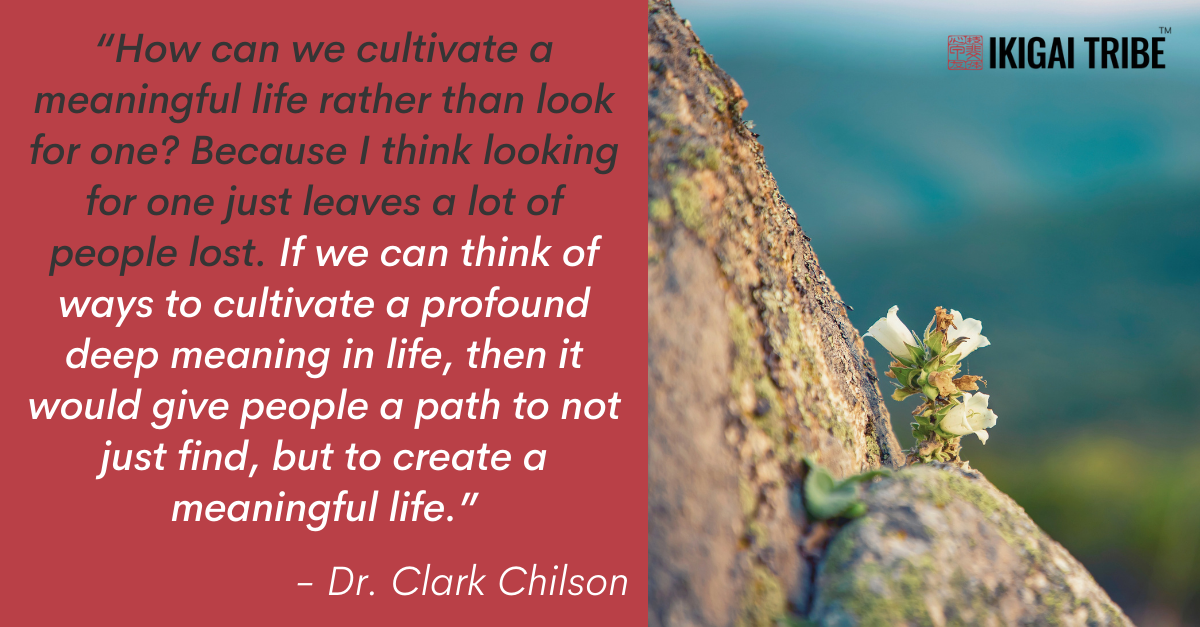 Probable effect of naikan to ikigai

Clark believes that naikan can cultivate ikigai; the practice of naikan can lead people to feel gratitude towards the people in their lives; through naikan, people began to appreciate what others had done for them, thus, they wanted to give back and take care of others in return, cultivating a feeling of ikigai. He states that similar to ikigai, Naikan is also related to one’s community; naikan fosters deeper human connection, and human connection fosters ikigai. He thinks that rather than look for meaning in life, people should look for ways to create a profound meaning in life; and a sense of connection is one way people create a sense of meaning. 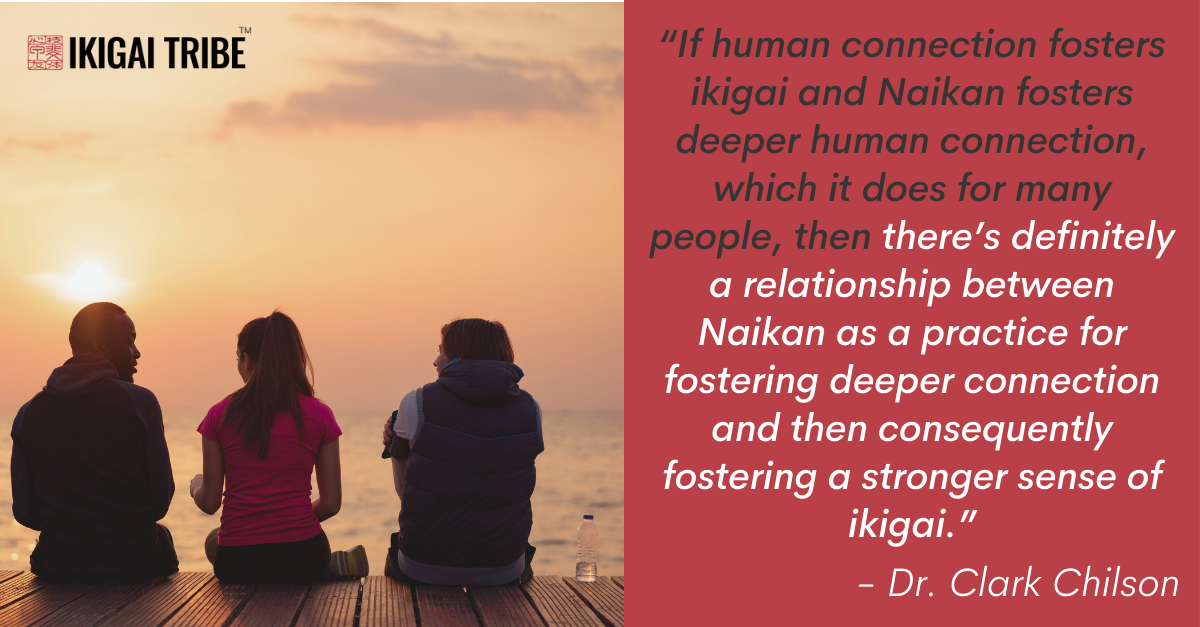 Nick agrees stating that one of his ikigai is connecting with people – it is a shared experience that helps people grow and learn from each other. 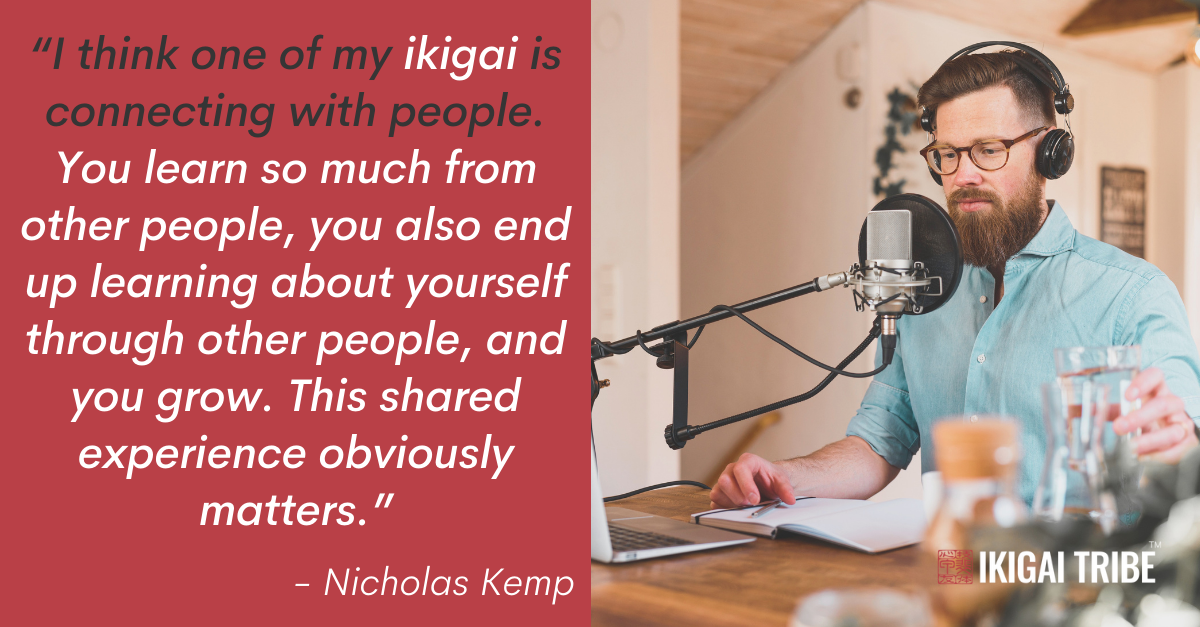 Rather than think about what his ikigai is, Clark shares that he would rather acknowledge that he is fortunate just to be alive; he thinks that being alive is just magical – he is just grateful for his life. Though there are struggles, he still finds it great to be living and healthy.

The meaningful relationships we have in life are vital as they can be a great source of ikigai, and practice like naikan gives people time to reflect on these important relationships. We might have encountered difficulties throughout these relationships, but those are what make our connections stronger. If we just spend the time to evaluate the things that we have caused others, both good and bad, then we can work on improving and building healthier relationships that can lead to a feeling of ikigai.